Waiting in the Silence 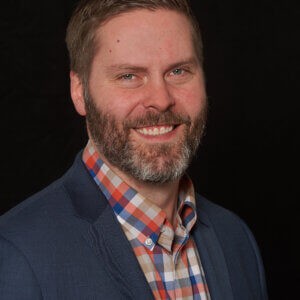 Christmas isn’t just a day; it’s an entire season. No other single day of the year has as much buildup as this one.

The days and weeks prior to December 25th are filled with music, decorating, gift-buying, and a host of other traditions, all serving as a prelude to this one, single day that happens on the same date every single year. We look forward and building up to this designated point on the calendar.

But we should remember that the first Christmas wasn’t like this.

In fact, rather than the boisterous clamor of the holidays, we know today, their time of waiting was filled with great silence.

However, silence is often more powerful than words. There is as much power in what is not said as in what is said, because

Silence can mean so many different things.

Silence can be evidence of:

But when one party is silent, you really don’t know what it means if you’re on the other end of that silence.

“Remember the instruction of Moses My servant, the statutes and ordinances I commanded him at Horeb for all Israel. Look, I am going to send you Elijah the prophet before the great and awesome Day of the Lord comes. And he will turn the hearts of fathers to their children and the hearts of children to their fathers.

Otherwise, I will come and strike the land with a curse.” (My emphasis)

Be warned, says the Lord…and then the gates of heaven seemed to close.

Now at first, I’m sure people didn’t think much about it. This had happened before. There were times in their history when  hearing from God was rare,  especially since there weren’t any prophets in their midst. But the days stretched into months, and the months stretched into years. Then as the years then stretched into decades, the questions invoked by this divine silence became more and more urgent:

Is God still with us?

Has He finally abandoned us?

What about the promises He has yet to fulfill?

Are you familiar with these kinds of questions?

In your own life, have you felt that God has gone dark; you can’t feel His presence and you can’t discern what He’s doing if anything at all? Do doubts begins to creep in as the time of silence stretches on?

Please don’t mistake God’s silence for His absence; don’t misunderstand His lack of communication with lack of action.

Because God was and remains very busy in the silent time.

You’ve gone to a stage play and have been watching the first act. It’s been a great show so far- filled with intrigue, action, drama, and even some romance. There is a climactic moment that makes you sit on the edge of your seat, and then the curtain falls and the lights go up.

Is the show over? Of course not. It’s an intermission.

You know it can’t be over yet; there are still too many unresolved issues and you are craving resolution. So, you sit there and stare at that curtain. It doesn’t move. You can’t hear anything from behind the stage.  Yet somehow you know that behind that curtain, there is a flurry of activity.

You are right. The stage is being reset for Act Two.

In a similar way,  the 400-year period between the end of the Old Testament and the start of the  New Testament is like this intermission. Act One is over and the curtain has dropped.

Here is how Paul describes the curtain’s  rising on the Bible’s Act Two: The New Testament:

Although 400 years might seem excruciatingly long by our time scale, it’s only the blink of an eye from God’s time perspective. Behind the curtain of silence, God was setting the stage of the world for the revelation of His story through His Son, Jesus Christ.

And this is one of the reasons we can find encouragement during the seasons of silence. It’s because even while we hear silence, God is always busy, always working, always positioning, and always doing so for the good of those who love Him and for His own glory.

Don’t despair in the silence, dear friend. Thank God that He is busy, even as we wait for Christmas.