Be On The Alert! 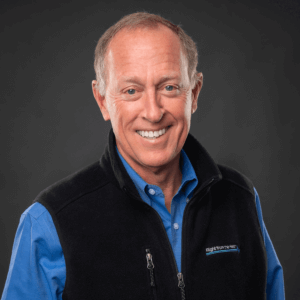 “Be on your guard; stand firm in the faith; be courageous; be strong.” 1 Corinthians 16:13

Soldiers are always on high alert because they never know when an enemy might be nearby. A soldier is expected to serve his/her country selflessly and be ready to sacrifice his/her life for its honor. That’s a high calling, wouldn’t you say? It’s a calling that’s only accomplished with firm conviction, sacrifice, courage, self-discipline, and strength.

In a similar way, the above verse says that as Christians, we are to be on our guard, courageous and strong.

Because the devil prowls like a roaring lion, seeking to destroy us. (1 Peter 5:8)

The truth is that ever since God evicted him from heaven, Satan and his demonic forces have incited spiritual warfare in opposition to God’s work of salvation, to God’s people, and to the mission of the Church.

What is the Church?

Contrary to popular belief, the “Church” is not merely a building or an address. It is the entire body of believers (past, present & future) who have chosen to accept God’s gift of salvation through His Son, Jesus Christ. As such, the Christian church is committed to gathering to worship our Creator, to educate and edify, and to evangelize.

On the one hand, Matthew 16:18 tells us, “Now I say to you that you are Peter (which means ‘rock’), and upon this rock I will build my church, and all the powers of hell will not conquer it.” Clearly, this indicates that in the end, the Church will be victorious.

On the other hand, because we still live in a fallen world, there are forces that present threats to the mission of the Church.

What are some of the threats?

THREATS FROM OUTSIDE THE CHURCH

THREATS FROM INSIDE THE CHURCH

So, what can we do to combat these threats?

Although at times it feels like a losing battle, let me assure you that it is not. There are specific actions that we, as members of the body of Christ, can do:

Stand Firm in Faith and Confess the Gospel

The Gospel is the Good News of what Jesus did for us. He came to the earth as a baby, lived, ministered, died, and rose from the grave so that anyone who repents and professes that Jesus Christ is Lord of their life will spend eternity in heaven with Him.

Stand Firm on the Word of God

The written Word of God is the Bible, which is the God-inspired authority on how we should believe and live. The Scriptures contained are the living, breathing testament to God, His creation, His will, and to His Son, Jesus Christ.

Stay Committed to the Commission of the Church

The Commission is to take the Gospel of the Kingdom to all the world, beginning with our next-door neighbors. In Matthew 28:19-20, Jesus says, “Therefore go and make disciples of all nations, baptizing them in the name of the Father and of the Son and of the Holy Spirit, and teaching them to obey everything I have commanded you.” In addition, Matthew 24:14 tells us, “And this gospel of the kingdom will be preached throughout the whole inhabited earth as a testimony to all the nations, and then the end will come.”

How do we remain strong? It’s not always easy to remain strong in our commitment to the Lord. Whether in good times or bad, there is a constant struggle with the world for our attention and loyalty. But the power is not in our own strength – it’s only through the supernatural power of the Lord through the Holy Spirit within us.

Just as a soldier must constantly be on guard, watching for the enemy, we must also be on the alert. Our enemy, the devil, is ever-present, hoping to cause us to stumble in our faith. (1 John 4:4)

But make no mistake. The work of the Church will get it done. (Matthew 16:8)

The question is, will you take part in that work? (Acts 1:8)

Or will you be on the sidelines?

The choice is yours.

Choose Christ for His Glory!