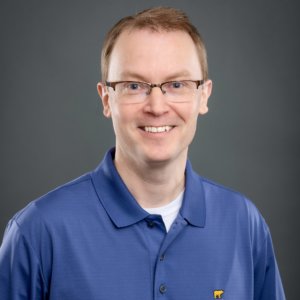 Or maybe a little of both.

I resigned from my job without knowing where I was going.

After nine years and much deliberation in prayer, it was clear that my time at my former employer was coming to an end.

What wasn’t clear, however, was my next step. I had zero leads and a resumé that was as outdated as a cd player. As a middle-aged dad of three, there was a lot riding on my decision. But I was absolutely certain that the Lord had led me to this point.

I echoed the plea of the psalmist in Psalm 31:3:

“Since you are my rock and my fortress, for the sake of your name, lead and guide me.”

With this prayer resounding in my heart, I set out on an adventure into the great unknown.

Leave Your Expectations Behind

If you’ve ever been at a similar juncture, you’ve experienced the exhilaration of beginning a new chapter in your career. After all, you’re skilled, have reputable character, and plenty to offer a new employer. The sky’s the limit. The world is your oyster.

Or so you think.

This optimism comes to a screeching halt when you still don’t have a job after three months. What you thought was going to be a relatively smooth ride from Job A to Job B, turns out to be a turbulent journey filled with more twists and turns than Space Mountain at Disney World.

The journey from A to B, however, is rarely a straight line and will most likely contain an unforeseen stop or two along the way. These unpredictable zigzags can leave us perplexed, questioning if we’ll ever reach our final destination.

For instance, I found myself working part-time at Chick-fil-a, sweeping chicken nuggets off the floor in the evenings, and networking for a full-time job during the day. I was grateful for the opportunity to make additional income. (And who doesn’t love Chick-fil-a nuggets?) Still, I never expected to spend a long stretch of my job transition in the fast-food industry.

The truth is, there were certainly some nights out in the empty dining room when I wondered if the Lord really knew what He was doing.

I don’t know about you, but I often impose my expectations on the Lord. I have preconceptions of how I think He is going to guide me. Then, when the journey doesn’t unfold how I anticipated, frustration begins to boil.

But over the months of cleaning stacks of plastic red trays, my frustration slowly subsided. I began to learn a valuable lesson – even when we don’t understand His methods, we must still follow His lead. We continue to trust the Guide even when His guidance doesn’t make sense. Or line up with our expectations. Or match our schedule. Though it might appear to the contrary, He truly has a purpose for each unpredictable step along the way.

It’s worth noting, as the psalmist says, that the Lord is not leading us for our name’s sake, but for His. Therefore, He guides us wherever and however He wants for the maximum glory of His name. Our role is to let go of our expectations, yield to His leadership and fully embrace whatever He has in store for our journey, even a brief stint in the world of fast food.

I don’t want to imply that any of this came easily for me.

In fact, when you’re in the 5th month of your job search, scrambling to find anyone who might hire you, the last thing you want to hear is “you just need to trust God more!”

(If you had said that to me, I would’ve pelted you with chicken nuggets.)

In fact, what I began to long for more than anything else was clarity. Clarity about where I was headed and exactly when I would arrive. You might say that I craved clarity much like the parents of a colicky newborn crave sleep.

I’m reminded of the wisdom of Corrie Ten Boom:

“When a train goes through a tunnel and it gets dark, you don’t throw away the ticket and jump off. You sit still and trust the engineer.”

This is easier said than done, especially when you’re yearning for clarity about your next destination. I was ready to hop off the job-search train. My ride had lasted long enough.

But somewhere in the middle of my dark tunnel, the Lord revealed to me an error in my thinking. I realized that I had begun to value clarity from the Lord more than intimacy with the Lord. I wanted the fog of uncertainty to lift so badly that I had elevated clarity to a position of chief importance.

clarity from the Lord   vs.  intimacy with the Lord

intimacy with the Lord  vs.  clarity from the Lord

Whenever we start to treasure what the Lord can give us more than the Lord Himself, we’re in a precarious position. The Apostle Paul says, “I consider everything a loss compared to the surpassing greatness of knowing Christ Jesus my Lord…” (Philippians 3:8). Nothing, including our desire for clear direction from the Lord, should supersede our relationship with Him. Intimacy with Jesus should always come first.

Little did I know that I was about to learn this lesson on an entirely new level.

My job-search train finally stopped at a recruiting firm. I was hired as a researcher to assist nationwide searches for Christian leaders.

Two weeks later, the U.S. shut down because of COVID.

Along with the rest of the world, I got an education in uncertainty like I had never known before.

Clarity had slipped through my fingers yet again.

You see, clarity is incredibly elusive.

But our relationship with the Lord lasts forever and carries us through life.

I don’t know where you are in your particular journey, but I invite you to use this chapter to grow in your relationship with the Lord. Get to know the Guide who is guiding you step by step. He won’t guide you exactly the same way He guided me. His guidance is tailor-made for every individual.

But one thing I know for sure: He will guide you for your good and for His glory.

*Four months later, Jonathan’s job search train would move down the tracks yet again. He accepted a position as the Executive Director of Right From the Heart Ministries in July 2020. 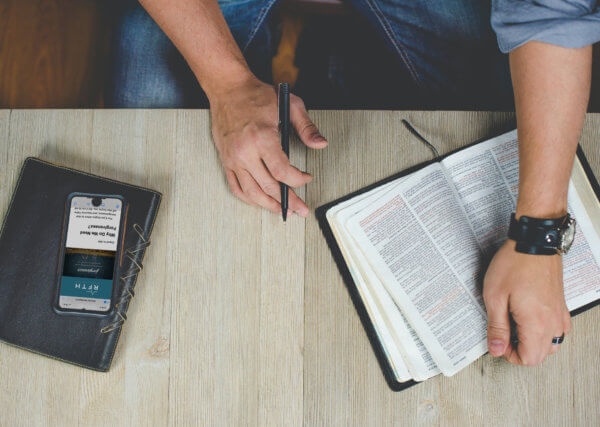 If you’d like to subscribe to receive Right From The Heart daily devotions by email, fill out the form below.