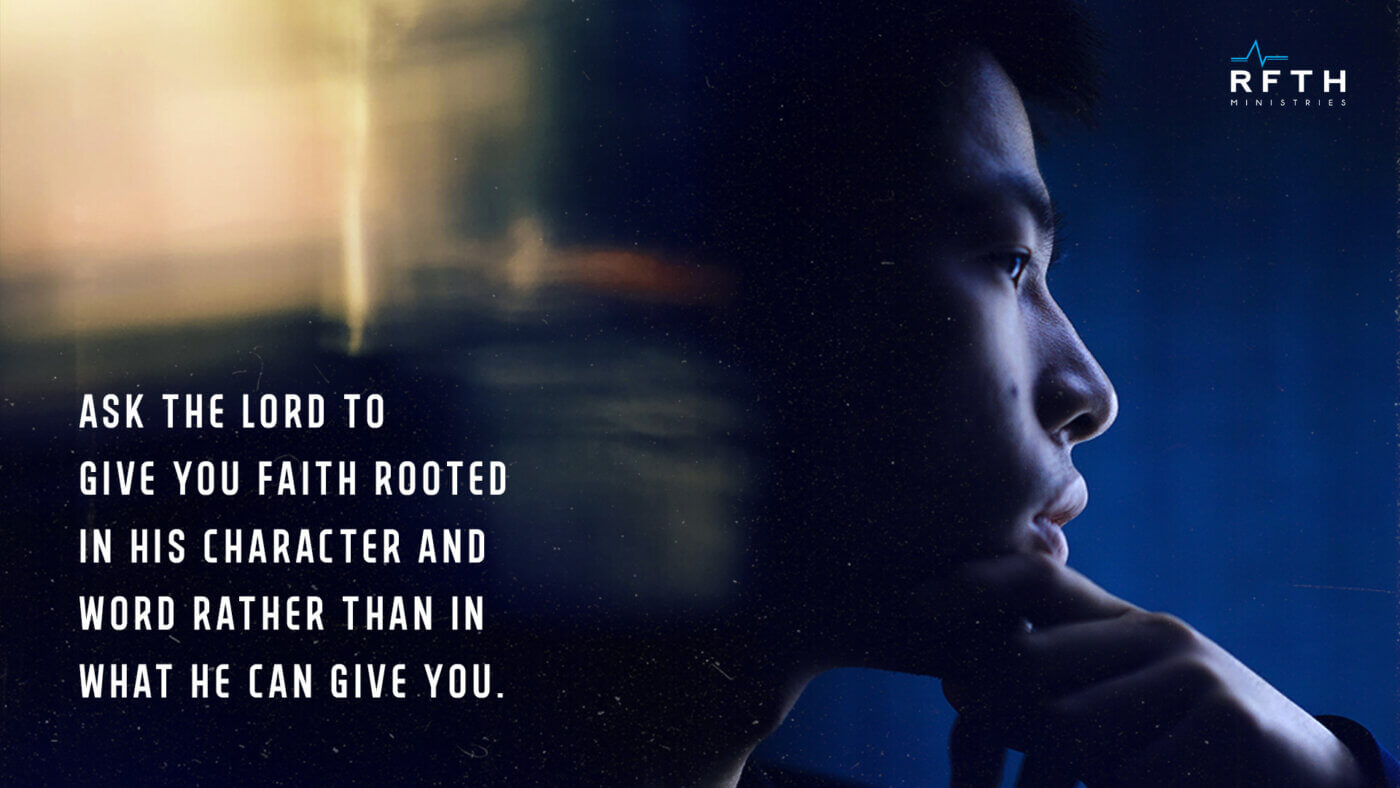 “So Jesus went with them. He was not far from the house when the centurion sent friends to say to him: ‘Lord, don’t trouble yourself, for I do not deserve to have you come under my roof. That is why I did not even consider myself worthy to come to you. But say the word, and my servant will be healed…’ When Jesus heard this, He was amazed at Him, and turning to the crowd that followed him, He said, ‘I tell you, I have not found such great faith even in Israel.’” – Luke 7:6-7,9

What kind of faith pleases God?

What constitutes a belief in God that receives His approval?

These words of Jesus from Luke 7 rest in the middle of a story about a Roman centurion asking Jesus to heal his servant. A centurion going to this much trouble for a servant demonstrates a great love for this man. One can imagine the feelings of grief and anxiety as someone he cares about is on the brink of death. But in seeking and finding Jesus, the centurion probably also possessed some hope. The passage doesn’t indicate whether or not the centurion came to saving faith in Christ, but it definitely shows us a faith that Jesus highly regarded. It was a faith that believed Jesus possessed the power to heal his servant with a simple word.

On the other hand, contrast that kind of faith with a faith of which Jesus is critical. Throughout the Gospels, many Jews constantly asked Jesus to perform signs and wonders. Only after He had “performed” for them would they believe that He was the Christ. But, here we see a Gentile, not even ethnically a member of the Jewish people, who says to Jesus, “You don’t have to come to my house; you don’t have to physically touch my servant. You don’t have to perform any sign or wonder to get me to believe you can heal my servant. All you need to do is say the word, and I know he will be healed.”

That is biblical, commendable faith. The Bible is full of countless stories depicting the same kind of faith. Abram believed God, and it was his faith that received God’s favor (Genesis 15:6). The thief on the cross believed Jesus alone had the power to forgive him, and he was promised eternal life (Luke 23). The people of Israel marched around the fortified city of Jericho doing nothing but blowing trumpets – no swords, spears, or javelins – because the Lord told them to, and the walls came down (Joshua 6).

What kind of faith do you possess? Do you try to barter with God, “Lord, if you will only do this, then I will believe?” Or do you simply believe and wait for Him to act? Seek to possess faith like this centurion. Ask the Lord to give you faith rooted in His character and Word rather than in what He can give you. This is the type of faith that pleases God.