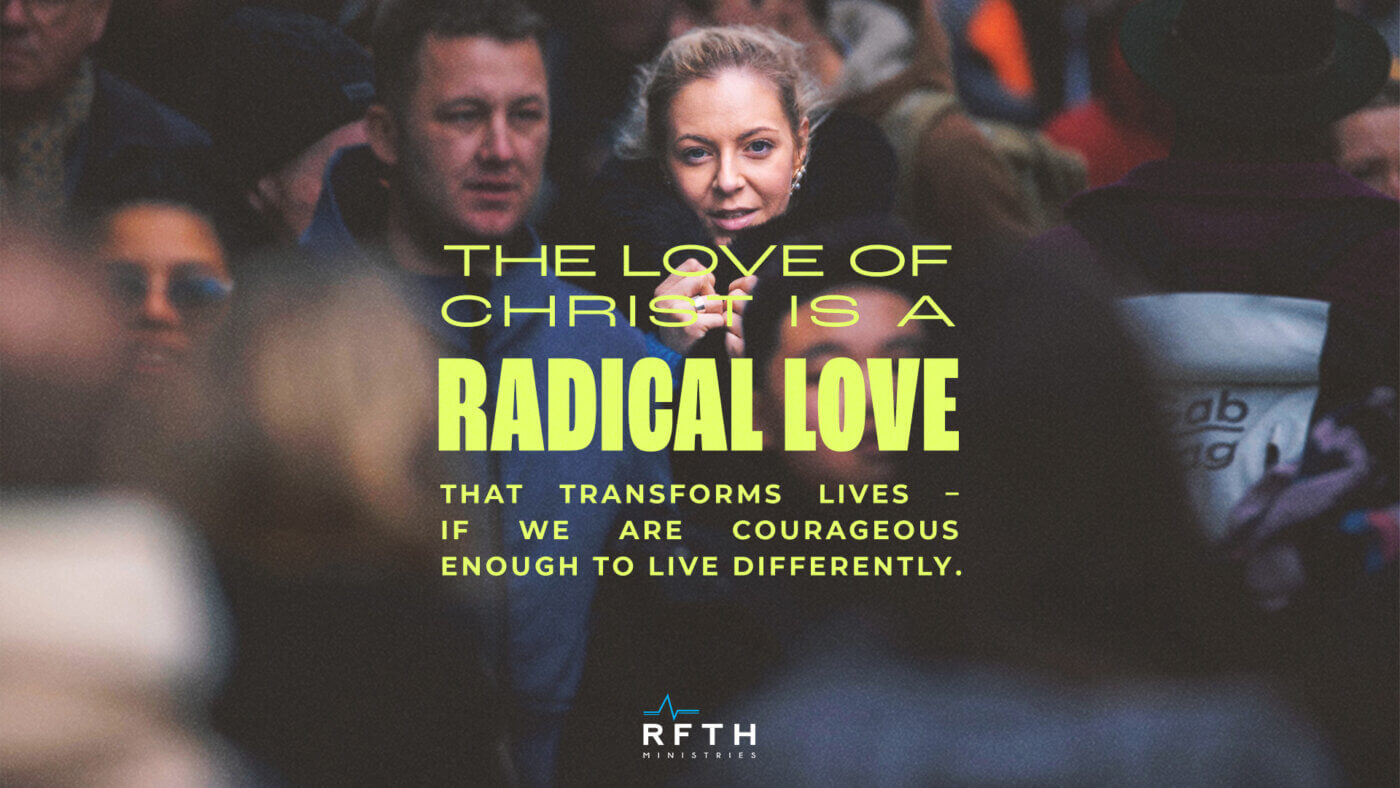 The Ripple Effect of Radical Love

Followers of Christ are called to be different, to live lives that are distinct – transforming.

Because Christ’s message was radical.

To love the people who love us, who look and act and think like us – that’s normal. But Jesus called us to love our enemies, which was a radical statement.

How is something so unnatural even possible?

There’s an incredible story Nick Ripkin tells in the book Insanity of God about a Muslim man in the Middle East. A Christian ministry opened a health clinic in this man’s community, and each day he would curse and insult the staff as they passed by his shop on their way to work. He did just about everything he could to undermine the clinic until, one day, he was diagnosed with cancer. Slowly his friends began to abandon him until the only people who cared for him were the clinic’s staff. They reached out to the same man who had cursed them, taking care of him and offering him medical care. Towards the end of his life, this man gave his life to Christ – all because of the radical love he encountered in Christ Jesus.

But the story doesn’t end there. This man’s family was so impacted by how the staff ministered and cared for him that his wife became a bold, outspoken follower of Jesus. In fact, she was so outspoken that she was put in prison. Undeterred, she continued to share about Jesus with the other prisoners until she was moved to solitary confinement. Even when isolated from every other person, she was heard singing praises to God. Finally, the police chief released her and asked her to explain what made her so fearless. (How did she explain?)

Can you see the ripple effect of radical love?

The love of Christ is a radical love that transforms lives – IF we are courageous enough to live differently.

I pray every day that I’m that courageous.