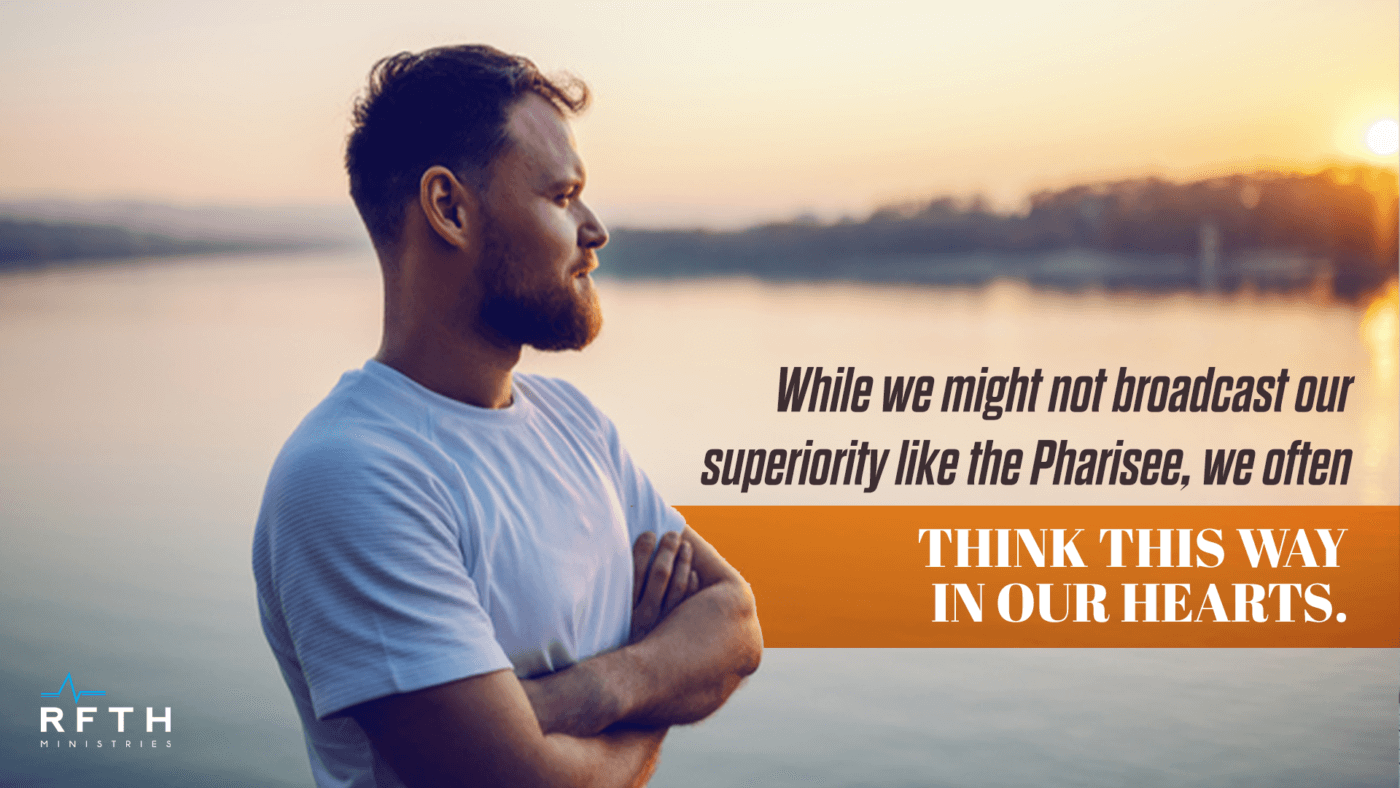 The Pharisee Inside of Me

“Jesus told this parable: Two men went up to the temple to pray, one a Pharisee and the other a tax collector.” Luke 18:10

No one likes hanging around self-righteous people.

One day, Jesus told a parable aimed specifically at people who “were confident in their own righteousness” (Luke 18:9).

(If you think Jesus isn’t talking to you, hold that thought.)

In the parable, two men go up to the temple to pray: a Pharisee and a tax collector. The Pharisee thanks God for making him better than everyone else. He reminds the Lord how often he “fasts” and how much he “gives.” Believing he and God are now on good terms (big mistake), he leaves the temple and goes home.

In glaring contrast to the Pharisee, the tax collector prays with raw honesty and deep humility. He cries out for the mercy of God, fully aware of the pervasiveness of his sin:

“But the tax collector stood at a distance. He would not even look up to heaven but beat his breast and said, ‘God, have mercy on me, a sinner.’” Luke 18:13

To the shock of everyone who heard Him, Jesus explains that “this man {tax collector} went home justified before God” (Luke 18:14).

Having read this parable numerous times, I always thought I was more like the tax collector than the Pharisee.  After all, I’m fully aware of my need for God’s grace, mercy, and forgiveness. I’ve trusted in Christ for salvation, completely relying on His righteousness to justify me before a perfect and holy God.

The Lord recently revealed to me that I have more in common with the Pharisee than I’d care to admit. There are traces of that self-righteous, Pharisaical spirit alive and well in my heart.

Taking a closer look at his prayer, here’s what I noticed:

• Prayers centered around self: Commentators are quick to point out how much the Pharisee’s prayer is centered around himself and his agenda. Depending on your translation of the Bible, there are either 4 or 5 “I’s” contained in his prayer. Talk about egocentric!

How often are your prayers more focused on yourself and your little ‘kingdom’ than God and His eternal kingdom?

• A spirit of superiority: We’re told that self-righteous people “look down on everyone else” (Luke 18:9).  Remember, the Pharisee thanks God that he is not like “robbers” and other “evildoers.” Arrogance has so poisoned his heart that he truly believes others are inferior.

While we might not broadcast our superiority like the Pharisee, we often think this way in our hearts.

Who do you think you’re better than? Non-Christians? People of a different political party? A lower socio-economic class? What about people who aren’t as educated as you? Or who aren’t as emotionally or spiritually mature as you?

• Judging others in worship: Having entered the temple at the same time, the two men were standing only a few feet from one another. The Pharisee thanks God that he is not “like this tax collector” (Luke 18:11).

This is sickening. It’s like his eyes were strategically searching the temple grounds, eager to cast judgment on a fellow worshiper.  (You’d think that if there were one place on earth where we could enter a ‘judgment-free zone,’ it would be the house of God. Unfortunately, this is often not the case.)

How are you guilty of judging others when you’re in church? Do you judge the people on stage? In the lobby? Sitting a few rows over?

I hate to say it, but upon further review, I have a Pharisee that lives inside of me.

If so, take a cue from the tax collector, throw yourself at the merciful feet of Jesus and ask for His forgiveness.