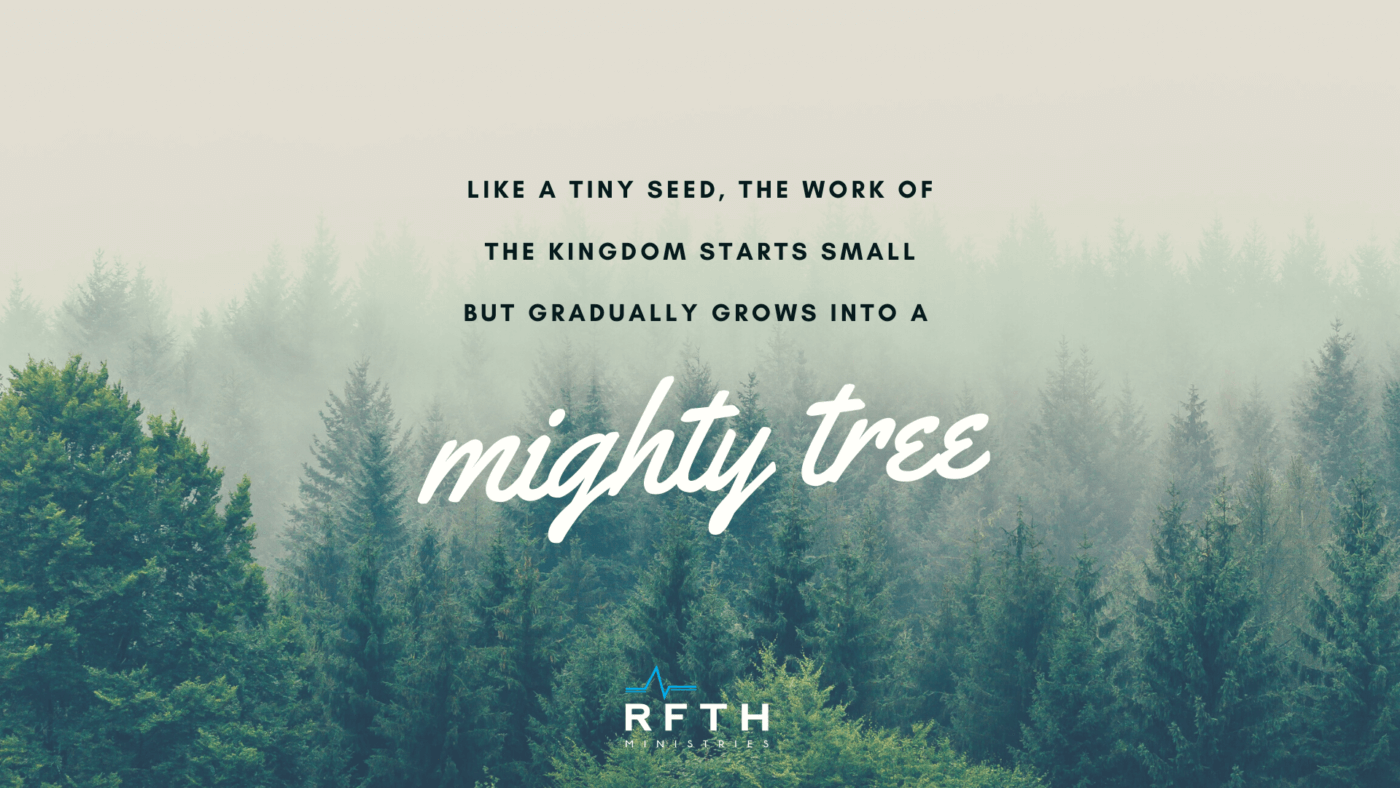 “Do not despise the day of small beginnings, for the eyes of the Lord rejoice to see the work begin…”  Zechariah 4:10

There is a lot packed into that little word, isn’t there? Excitement. Anticipation. Hope for what could be.

When you think of a ‘beginning,’ what comes to your mind?

A giant pile of debris?

If that last image sounds odd to you, you’re in good company. That’s probably how it looked to Zerubbabel, the man in charge of leading the Israelites in rebuilding the temple.

His ‘beginning’ brought him face to face with a massive mound of rubble. Years earlier, the Babylonians had obliterated the temple, along with its former glory. Zerubbabel and a group of Israelites had returned from exile to start the painstaking process of reconstruction.

So, it’s more accurate to say Zerubbabel wasn’t ‘beginning’, but beginning again. He had the unenviable task of not just ‘starting,’ but starting over after a national tragedy.

A few years into the process, progress had stalled. They had faced one setback after another.  Excitement and anticipation had faded.  And hope…well, hope was hanging on by a thread.

Zerubbabel and his disheartened crew stood at the crossroads between giving up and pressing on.

If you’ve been at a similar juncture, you know how tempting it is to throw in the towel and call it quits. Rebuilding your life is overwhelming and exhausting. How do you possibly muster the strength to begin…again?

The good news is that, when we’re in a season of “small beginnings,” God promises to give us His strength.

Like fresh wind in their sails, Zechariah encourages Zerubbabel’s team that they will accomplish this enormous task, not by their own “might or power, but by the Spirit of the Lord” (Zechariah. 4:6). His Spirit will sustain them every step of the rebuilding process. Their role (and ours) is simply to rely on the Spirit one day at a time.

With a posture of fully depending on the Spirit, we join the Lord in His work, knowing that He will finish what He begins.

Yet, most of the time, He doesn’t work as quickly as we desire. And when things don’t move according to our timetable, we must guard against a poor attitude.

So, Zechariah instructs the Israelites (and us) not to “despise” or have contempt for the “small beginning.” Though the work might appear modest; though progress might be off to a slow start, it’s not an excuse for irritability and impatience. We are to joyfully do our part and leave the pace and results up to Him.

I don’t despise “small beginnings,” but I can easily get discouraged by them. Rather than have to trudge through the beginning, there’s something in me that wants to skip to the ending…or at least to the middle.

That’s why, in a season of “small beginnings,” we must call to mind the words of Jesus, “the kingdom of heaven is like a mustard seed, which a man took and planted in his garden. It grew and became a tree, and birds perched in its branches” (Luke 13:18,19).

Like a tiny seed, the work of the Kingdom often starts small, but gradually grows into a mighty tree.

The question becomes: Will we trust Him with the tiny seed of our small beginning? Will we courageously step out in faith and join Him in starting over?

Remember, it’s always better to obey Him and begin small than to disobey Him and never begin at all.

And according to Zechariah, the Lord “rejoices” to see the work begin…again.