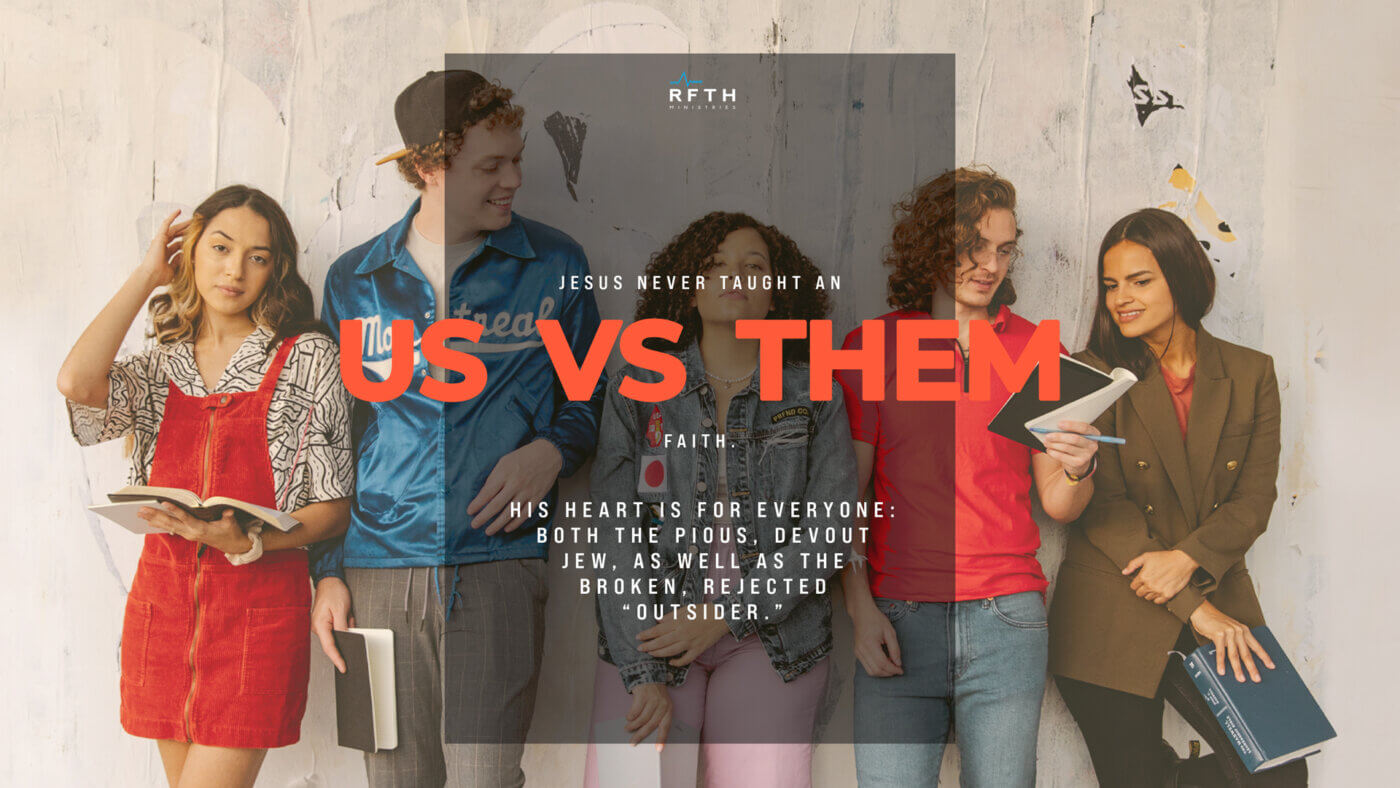 “Now the tax collectors and sinners were all gathering around to hear Jesus. But the Pharisees and the teachers of the law muttered, “This man welcomes sinners and eats with them.’” – Luke 15: 1-2

Jesus hung out with the wrong crowd – at least according to the religious leaders of His day.

From tax collectors to prostitutes, beggars to the lame, Jesus gravitated towards those on the fringe of society. And those individuals were drawn to Jesus.

This was a major concern for the religious leaders (Pharisees), who saw themselves as the Bible-believing, conservative establishment upholding the traditional values of the Jewish people. Now, there’s nothing wrong with advocating traditional values and Biblical principles, but the Pharisees took it too far.

They tacked on a bunch of man-made rules and traditions aimed at keeping people in line. One example of these legalistic guidelines argued that even spending time with the “wrong crowd” could contaminate a person. Guilt by association took on a very real meaning which created a US versus THEM mentality. Unfortunately, this very unbiblical and divisive culture still exists in many religious circles today.

Jesus, however, never taught an US versus THEM faith. He never taught a members-only religion (quite the opposite). Jesus describes His purpose in John chapter 12 as being a light in the darkness (verse 46) with a heart to save, not to judge (verse 47b). His heart is for everyone: both the pious, devout Jew, as well as the broken, rejected “outsider.”

“But God demonstrates His own love for us in this: While we were still sinners, Christ died for us.”

Jesus loves us when we’re struggling. He loves us before we have our lives together. He loves those of us on the fringes of society as well as those modern-day Pharisees tangled up in legalistic theology.

So how are you doing in loving those on the fringes of society? Are you guilty of the modern-day Pharisee, religious mentality? If so, ask God for a change of heart – ask God to make you more and more like Jesus.