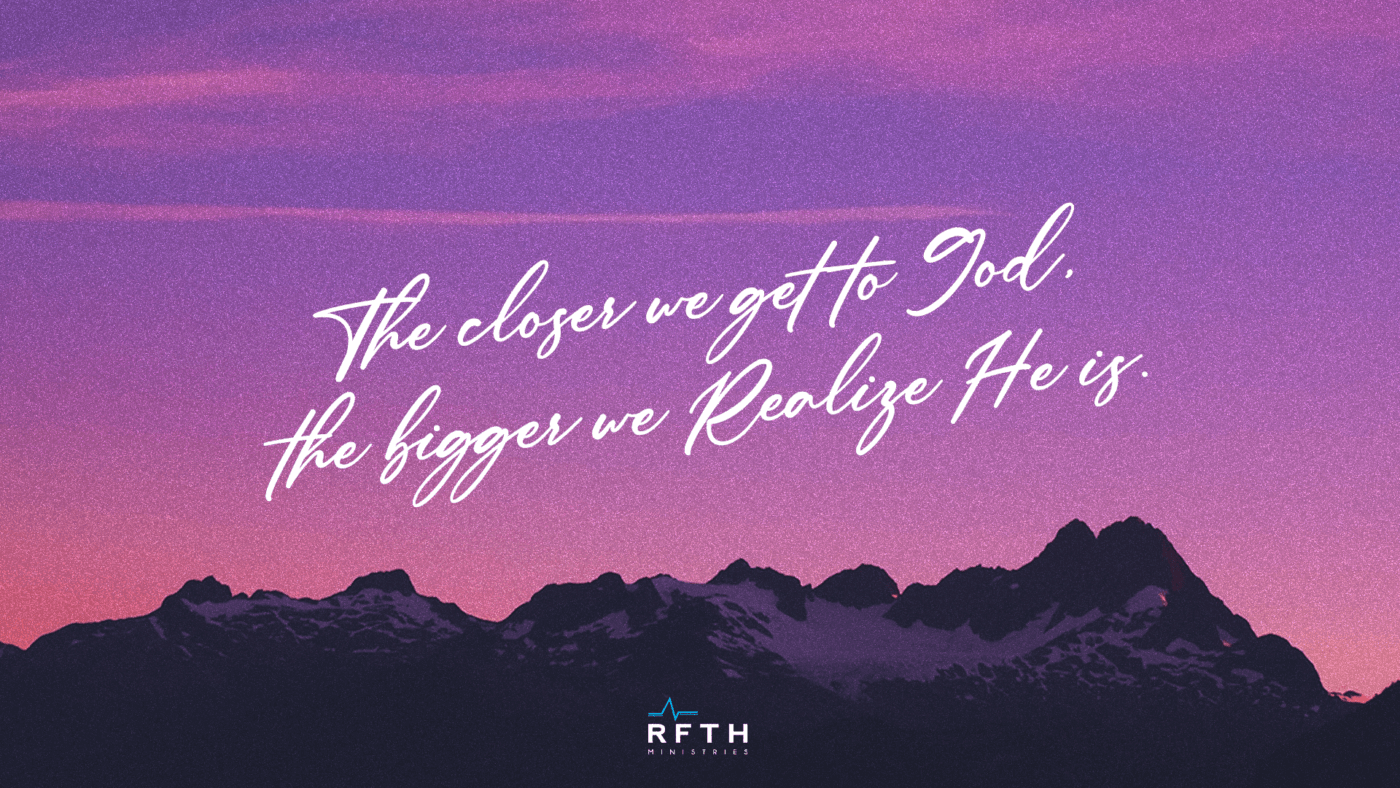 Jesus Gets Bigger The Closer You Get

There is an old saying that says you should never meet your heroes.

We admire great entrepreneurs, professional athletes, so much that we start to view them in a superhuman way. They get placed on a pedestal, and from our vantage point, they have no flaws.

Or, in accordance with the old saying, until you meet them.

Oh, it might not happen from a chance meeting when you see someone in a crowd or stand in line for a quick autograph. But if you really got to know them; if you really spent time with them; if you were really able to observe them in the course of everyday life, then the shine starts to wear off. You discover, inevitably, that each one of those people, no matter how great they are at that “thing” they do, is still just a person. And because they are, they have the same insecurities, the same quirks, the same habits, and the same sins that beset all of us.

Jesus and His disciples encounter this man on the dusty streets of Jerusalem. After some brief theological discussion in the group, Jesus spit on the ground, smeared mud on the eyes of the man, and told him to go wash it off in the Pool of Siloam. And the man could see. What follows in John 9 is a series of questionings about Jesus, the healing, and what happened. The man himself did not exactly know; he only knew that he did what Jesus told him to do and he was healed. But it’s also interesting to see how this man’s view of Jesus changed over the short time that followed.

“How then were your eyes opened?” they asked.

He replied, “The man they call Jesus made some mud and put it on my eyes. He told me to go to Siloam and wash. So I went and washed, and then I could see.” John 9:10-11

Then they turned again to the blind man, “What have you to say about him? It was your eyes he opened.”

Jesus heard that they had thrown him out, and when he found him,  He said, “Do you believe in the Son of Man?”

Jesus said, “You have now seen him; in fact, he is the one speaking with you.”

Man. Prophet. Lord. Such was the man’s vision of Jesus as he got closer to Him.

And the same thing is true for us. We start out not knowing what to do with this man who heals the blind. Then we come to see a little more clearly that this man is like none other. And then we find ourselves confessing Him as Lord.

We get closer; Jesus gets bigger.

Friends, we always have an opportunity to draw near to Jesus. And when we do, we can do so with confidence that Jesus is never going to disappoint us.