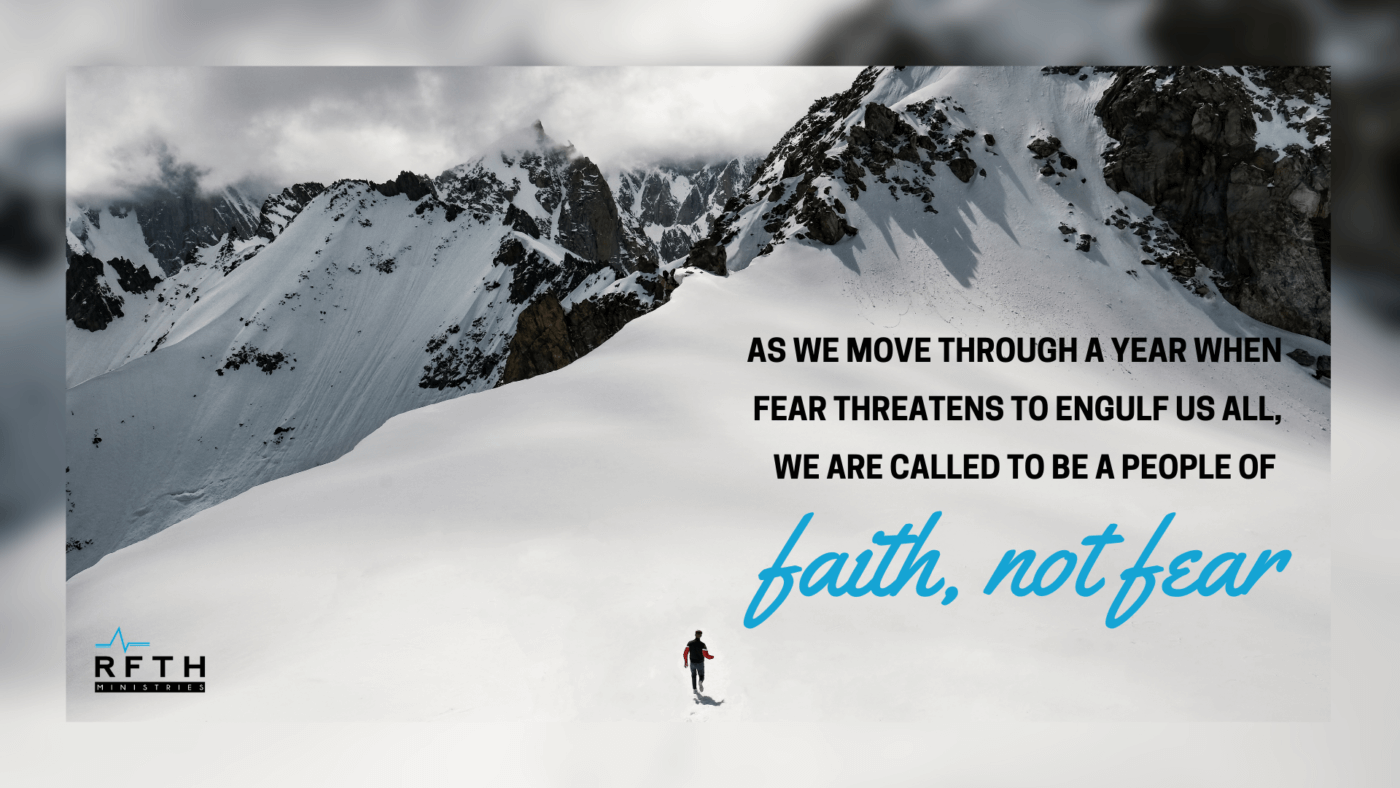 Faith to Overcome Our Fears

“Then I said to you, ‘Do not be shocked, nor fear them. The LORD your God who goes before you will Himself fight on your behalf, just as He did for you in Egypt before your eyes, and in the wilderness where you saw how the LORD your God carried you, just as a man carries his son, in all the way which you have walked until you came to this place.’” – Deuteronomy 1:29-32

In recent years, Americans have become engulfed in fear to the point of allowing those fears to override everyday concerns.

In December of 1999, it was Y2K. The idea was that because computers were invented in the later part of the 20th century and no computer was designed to go beyond 1999, they were all going to shut down at midnight of 2000. There would be chaos all over the world. Social services would be cut off. It would be a disaster. Nothing happened.

In December of 2001 following 9/11, there was a very real fear in American culture over Islamic terrorism. Western civilization has dealt with this fear all the way back to the 7th century AD, and it ebbs and flows all through those centuries. Sadly, we saw that fear come to fruition in a very vivid way after 9/11, a very real fear that continues to this day.

In the fall of 2008, leading into the new year of 2009, there was widespread fear in American culture over the economic meltdown that had occurred on September 1, 2008. First, Leman Brothers went bankrupt, followed by many other brokerage and financial institutions. An economic meltdown occurred on Wall Street and there was widespread panic throughout the land, with people fearing they had lost all of their investments and their wealth – and many of them did lose everything.

Fast forward to 2022 and we’ve already been seeing global chaos and uncertainty, especially the global impact of COVID and the ensuing impact on the worldwide economy.

Fear, panic, uncertainty…it’s understandable that people are concerned. Sometimes fears are irrational, while other times our fears are warranted.

However, as people of faith, Jesus’ followers are not to let fear overwhelm us. We are called to walk by faith, not fear. This is much easier said than done, so how can we keep fear from consuming our lives – especially when facing very legitimate fear and uncertainties?

Let’s look at the life of Moses.

In Deuteronomy chapter 1, Moses was once again challenging his people to resist their fears and to return to an abiding faith in the God who had continually provided for them. You see, it had been 40 years since their biggest failure as a young nation when rather than trust God to open the door into the Promised Land, the people had caved to fear. So, Moses was reminding them that God was about to give them a second chance to go in and claim what was rightfully theirs. He begged them not to make the same mistake they made 40 years ago, which led them into a forty-year pilgrimage in the wilderness. Moses wanted them to learn from that experience and to be a people of faith, not fear.

These words Moses spoke to the people still apply to all of us today, both as individuals and as the body of Christ. As we move through a year when fear threatens to engulf us all, we are called to be a people of faith and not fear.

Isaiah 41:10 tells us, “So do not fear, for I am with you; do not be dismayed, for I am your God. I will strengthen you and help you; I will uphold you with my righteous right hand.”

Do you believe it? I do. Because when all is said and done, it is only through our faith in Jesus Christ that we have a chance to be victorious!