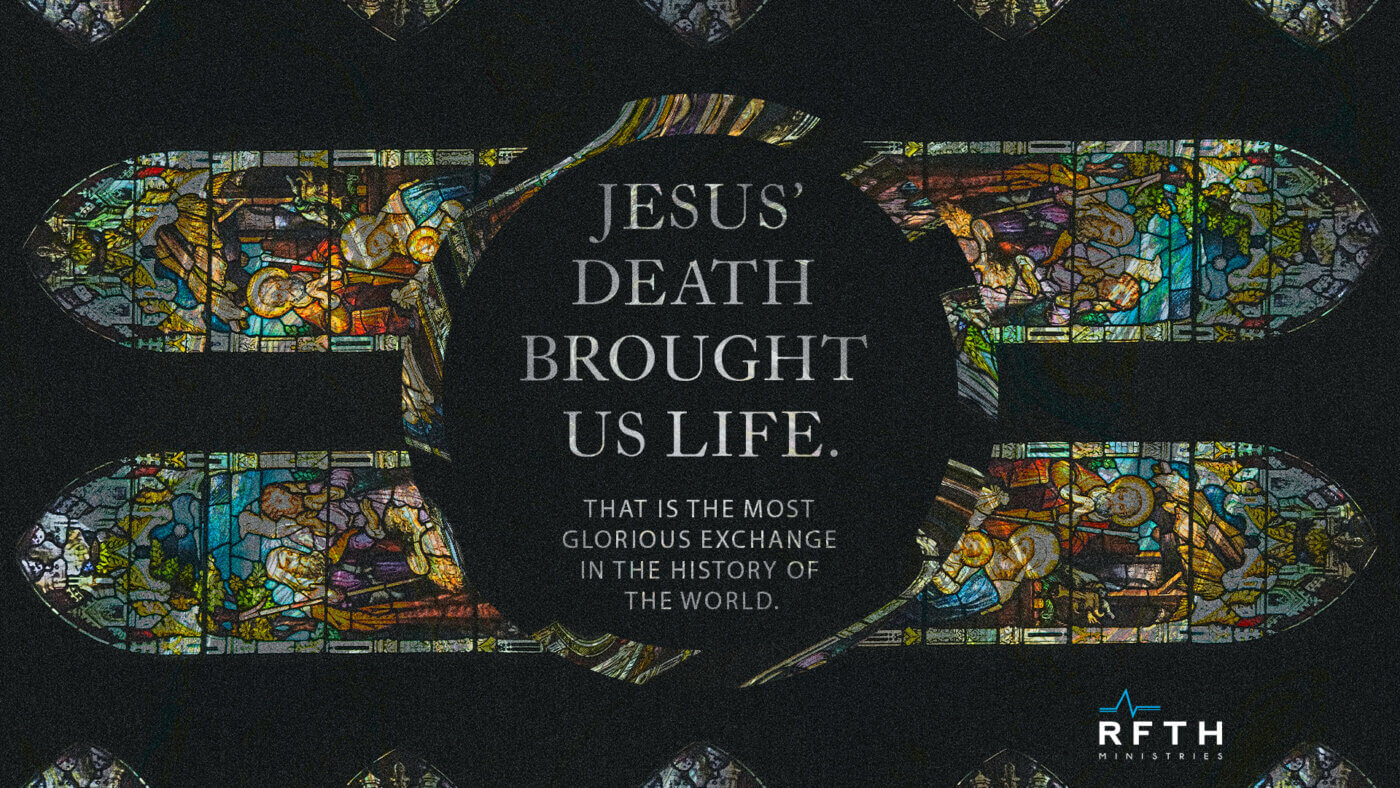 Exchanging the Gift of Glory

“Although they claimed to be wise, they became fools and exchanged the glory of the immortal God…” Romans 1:23

Christmas is the season of giving.

It’s also the season of returning and exchanging.

According to one study, holiday returns have increased for eight consecutive years, with about a third of Americans expected to make a return between now and January.

Let’s face it. Some of the gifts we give will inevitably be returned and exchanged for something else.

While we’ve come to expect this as a normal part of the Christmas season, the Apostle Paul points out a tragic exchange taking place every season of the year: “exchanging the glory of the immortal God.”

This is the most irrational exchange imaginable, for there is nothing more precious than the glory of God. God’s glory is the splendor of His character, the manifestation of His presence.

And how do we respond to the preciousness of God’s glory?

We exchange what is of Infinite Value for what has little value. We swap what is Most Worthy for what is worthless. We choose that which is temporary over that which is “immortal.”  It’s utter madness.

And yet, blinded by our self-perceived wisdom, we keep doing it. We think we’re making an exchange that benefits us, gaining something that’s better than God’s glory. This is as foolish as exchanging Eden for a bite of fruit (Genesis 3:6).

What Paul is describing is the very root of sin: idolatry. Idolatry, worshiping the created over the Creator, expresses itself in countless ways. We tend to think of idols as statues, “made to look like mortal man and birds and animals and reptiles” (Romans 1:23), like something Indiana Jones discovers in a jungle cave.

And in many cases, idols are exactly that. (Remember the golden calf? See Exodus 32:1-6.)

But don’t be fooled. Every one of us is an idolater in some shape or form. The famed evangelist D.L. Moody explains, “you don’t have to go to heathen lands to find false gods. America is full of them. Whatever you love more than God is your idol.”

What do you love more than God?

We see idolatry play out every year at Christmas, don’t we?  Christmas is the celebration of God’s glory coming to earth in the person of Jesus Christ. John writes, “we have seen His glory, the glory of the One and Only, who came from the Father” (John 1:14).

If we want to see God’s glory, we need to look no further than Jesus.

But by and large, we exchange the beautiful gift of God’s glory, Jesus Christ, and make Christmas more about shopping, Hallmark movies, spending time with family, and holiday coffee from Starbucks.

None of these things are bad. In fact, they’re good things. But someone has wisely said, “idolatry is making a good thing into a God thing.”

So, take a moment to evaluate if you’ve allowed any good things to become “God things.” Follow the advice of the psalmist and “ascribe to the Lord the glory due His name” (Psalm 29:1). Give Jesus the honor He so richly deserves.

Remember what He’s done on our behalf:

Christ died for our sins, “the Righteous for the unrighteous” (1 Peter 3:18).

Now that, my friends, is the most glorious exchange in the history of the world.