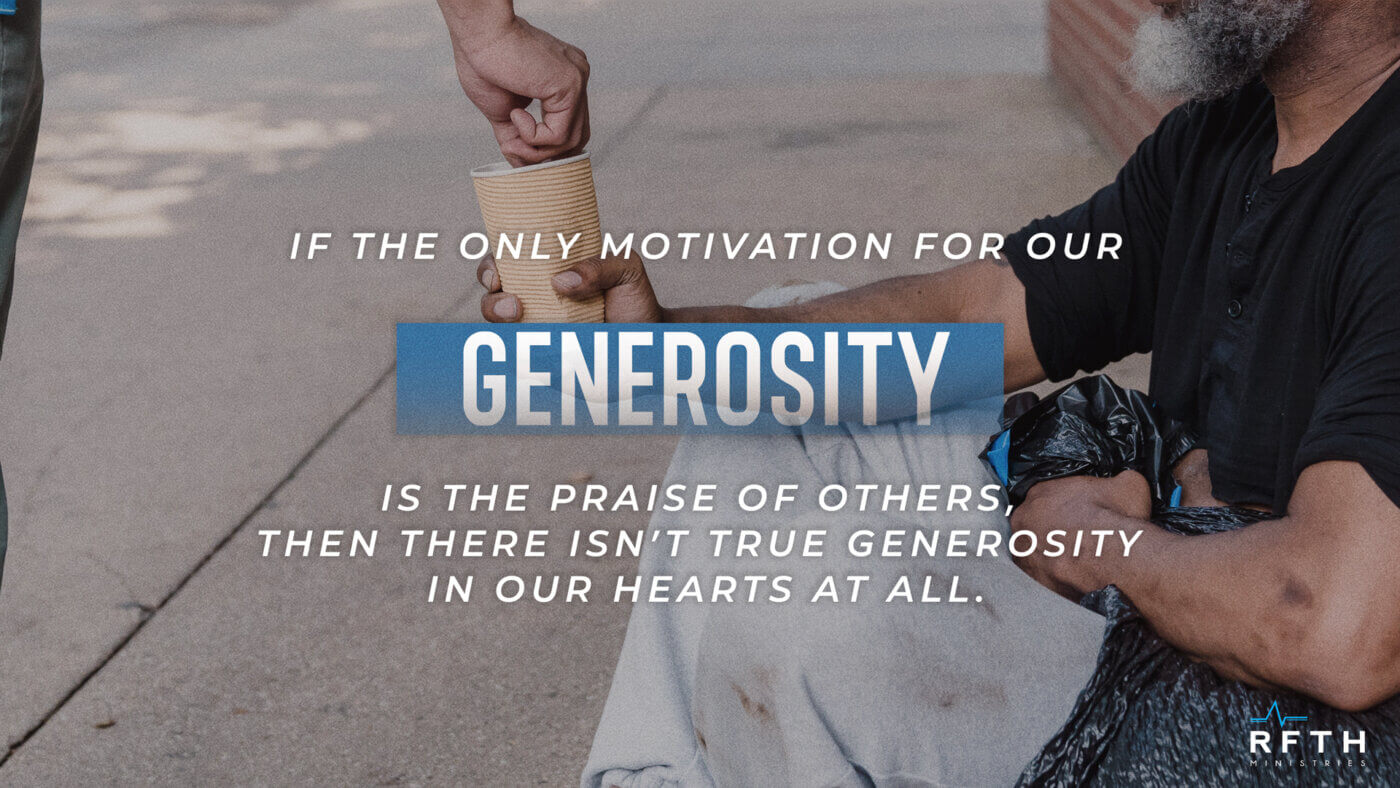 There is a certain burrito-making restaurant known for creating a festive atmosphere for its customers as they walk in the door – they all yell, “Welcome to ___’s!”

There are brightly colored pop culture references adorning the walls. And if you enjoy the experience of crafting your burrito and decide to leave a tip at the counter while paying, the cashier will ring a small bell to let the whole place know “this customer just gave us a tip!”

When that little bell rings, everyone knows about your generosity. If it doesn’t ring, then everyone pretty much assumes you’re an Ebenezer Scrooge.

It’s actually a genius little trick if you think about it.

It plays on our human nature to want to be seen as generous, giving, and kind.

But that little bell also made me think about Matthew 6:2 where it says:

“When you give to the needy, do not announce it with trumpets, as the hypocrites do in the synagogues and on the streets, to be honored by others.”

It’s a reference to the practice of some Jews in Jesus’ day who would make large gifts to the poor in a very public manner, just so the whole city would know how “good” they were. That kind of thing still happens in our world. It is inherent to the human condition to crave recognition when we do something considered “good.”

But the principle behind Matthew 6:2 points to a potential pitfall of that desire for recognition.

If the only motivation for our generosity is the praise of others, then there isn’t true generosity in our hearts at all.

Even if the gift is huge or going for a good cause. And it isn’t even just giving that Jesus has in mind here. A little later in the chapter, he will go on to talk about praying and fasting, as well. Any act of spiritual devotion done for the approval of others ceases to be a true act of spiritual devotion. It’s merely a practice in personal glorification.

So why is God so concerned about our attitude in giving, praying, or fasting as a believer? Because the attitude reveals where our true priorities lie. Are we living for the approval of God or are we simply seeking the approval of others? Our attitude is like a gale force wind pointing a weathervane in a clear direction. it either points toward true spiritual integrity or empty religiosity. It’s either holy or it’s hollow.

The Apostle Paul would say it like this in Philippians 2:3, “Do nothing out of selfish ambition or vain conceit.” He would go on to say that we should have the very same attitude as Jesus Christ himself had toward God and toward others.

So what attitude did Jesus have in giving, praying, and fasting – or any other act of spiritual devotion? Simple, humble, gracious obedience done for an audience of one – the Father himself. The chief priority of Jesus’ life was to glorify his Father in heaven. And even though a large part of Jesus’ adult life was lived in the eye of public scrutiny, virtually everything He did was an act of silent obedience as an offering to the Father.

So that brings the question back to you and to me. What is the motivation in our hearts for our giving, praying, or fasting? If the motivation is for someone to ring a bell to point out our generosity or goodness, then our attitude needs an overhaul. But if deep down in our hearts, we are content to walk faithfully, serve humbly, and give freely, then our Father who sees those acts in secret will reward us with something greater than any man can provide – the opportunity to grow in the attitude and mindset of Jesus.

Does your motivation need an overhaul?