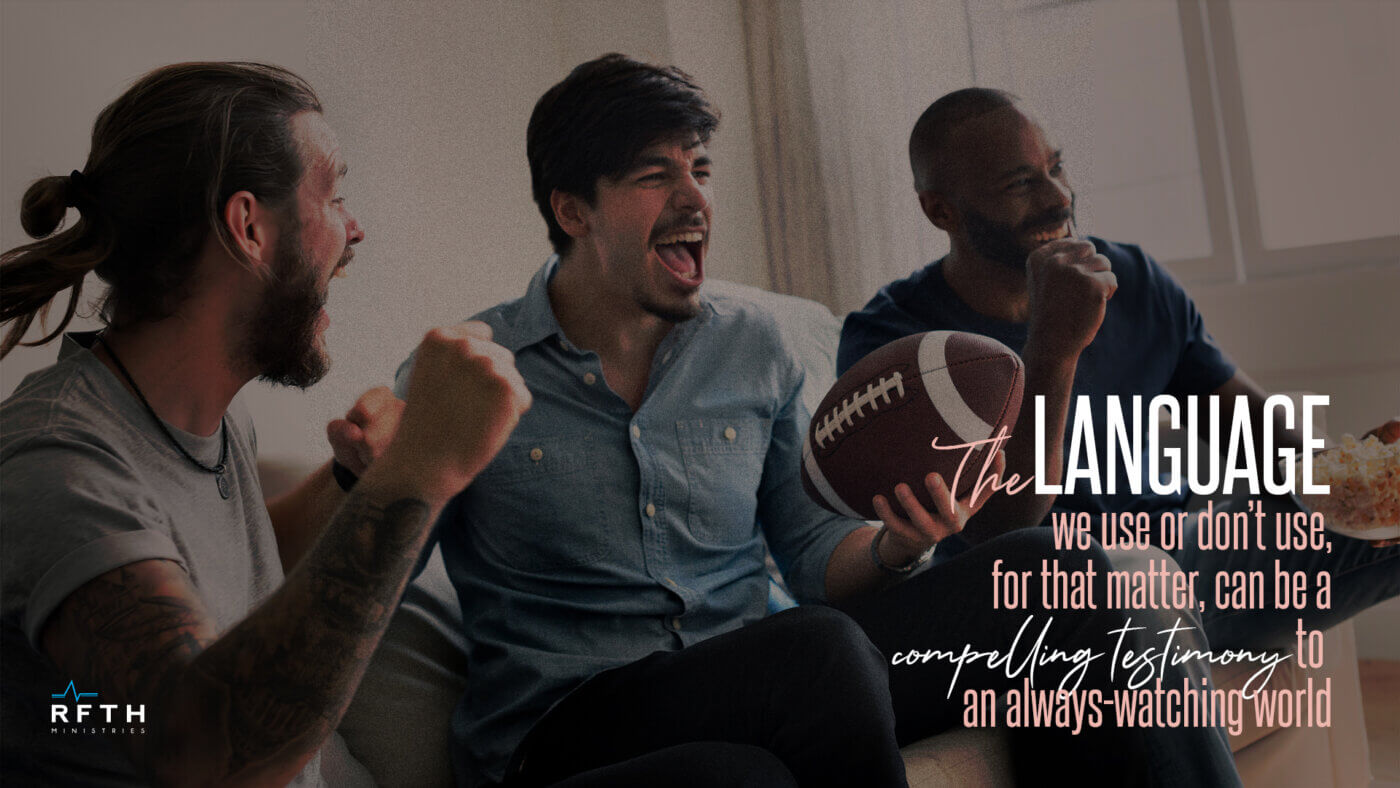 “But now you must rid yourselves of…filthy language from your lips.” Colossians 3:8

I love Jesus, but I cuss a little…

You may have seen this popular saying on social media and t-shirts. I’ll admit. It makes me chuckle. At least the person is being honest, right? I mean really, whether intentional or not, who among us hasn’t ever let a four-letter word (or two) fly from our lips?

I don’t think any of us think cussing like a foul-mouthed sailor is acceptable, but what about cussing “a little?” Is that permitted? Furthermore, should followers of Jesus embrace a saying like this, proudly displaying it as a badge of honor for the world to see?

The Apostle Paul (and the resounding counsel of Scripture) would say, “No.”

In fact, Paul tells us to do the exact opposite. He advises us to do everything in our power to avoid, to get rid of, and put to death “filthy language.”  The term Paul uses here incorporates any word or phrase that is lewd, indecent, or in poor taste. To say it another way, we shouldn’t allow, much less be proud of even the smallest amount of “filthy language” in our vocabulary.

And it is a very big deal.

As Christians, we have been “raised with Christ” and are brand-new creations (Colossians 3:1). We are living, breathing, born-again children of God. We belong to Jesus, and as such, He has authority over every area of our lives, including the words that come out of our mouths. Every syllable we speak, write, post, or text should reflect His Lordship.

And while this certainly isn’t easy, I have a question:

Paul conveys this idea with two simple yet powerful words at the beginning of verse 8: “But now.”

“But now” signifies that our walk with Jesus should profoundly impact our everyday behavior.  Because Jesus has fundamentally transformed who we are, “anger, rage, malice, slander, and filthy language from our lips” should no longer be the norm. To persist in any of these behaviors would be inconsistent with our new identity in Christ.

Are we all still works in progress?  Yes.

Will we still mess up from time to time?  Of course. And when we do, we should run to the feet of Jesus and receive His grace.

You see, Christian friend, the language we use or don’t use, for that matter, can be a compelling testimony to an always-watching world. Who knows? It might even open a door for us to share our faith.

So, if we used to cuss a lot but now, because of Jesus, we only cuss a little, then praise God for how much He’s changed our lives!

So, what if we try on a new saying for size?