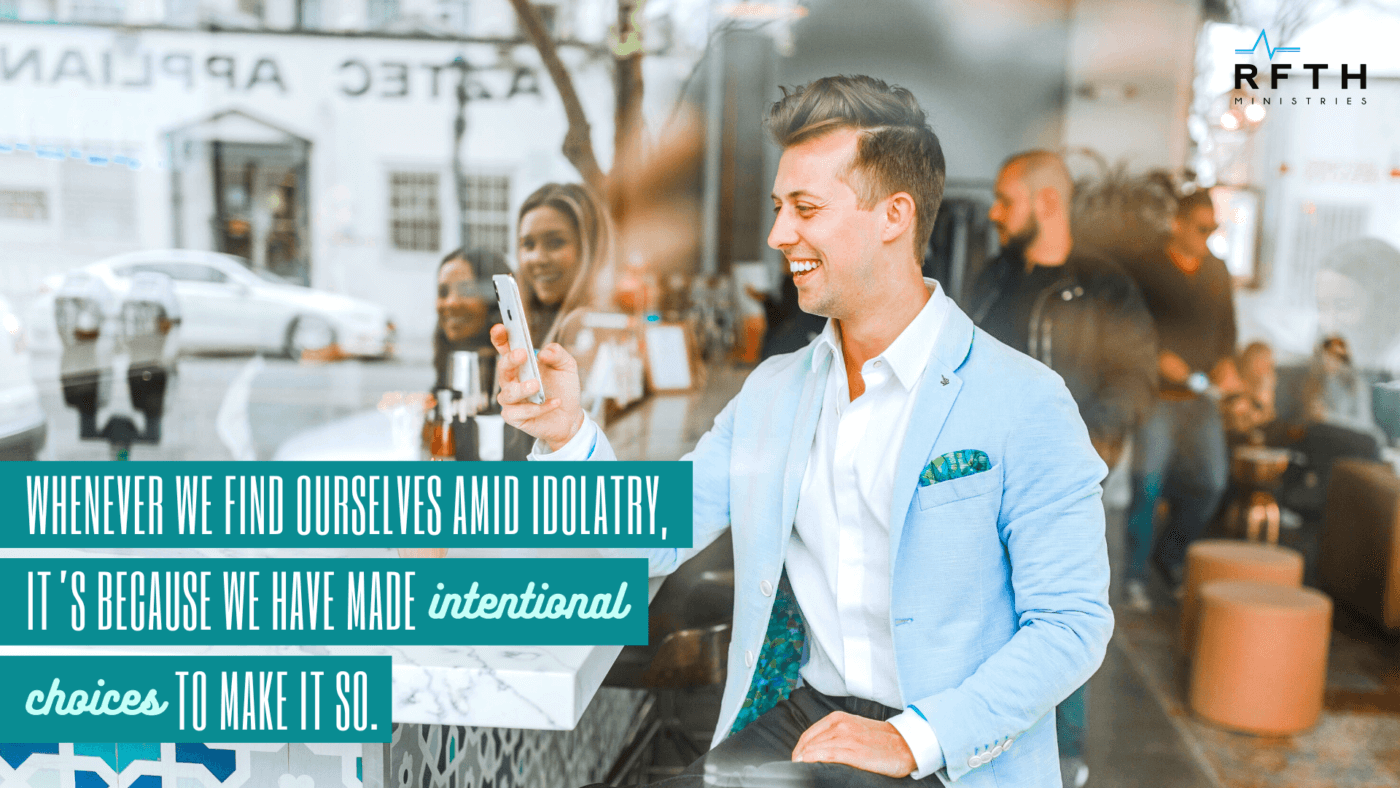 And Out Came This Calf!

He [Aaron] took what they handed him and made it into an idol cast in the shape of a calf, fashioning it with a tool. Then they said, “These are your gods, Israel, who brought you up out of Egypt.” Exodus 32:4

Sometimes you read the Bible and just shake your head.

You shake your head in wonder as you are confronted with the power of God, the majesty of His creation, and the immensity of His love and grace. We shake our heads because the truths there are too big for us, too unlike the kind of power or love we see here on earth, too great to comprehend fully.

Then there are other times when we shake our heads at the people. We wonder at the hard-heartedness, the disbelief, the cycle of turning from God again and again.

And then sometimes we just shake our heads because of the silliness.

Exodus 32 is one of those times. There is high drama in this chapter. The Israelites had been miraculously delivered from Egypt. The plagues had been called down; the sea had been parted; the people had walked through to the mountain where God had led them. And Moses had been up on that mountain for some time, receiving the law that would be the cornerstone of this people for generations. But Moses was still up on the mountain, chaos erupted in the camp below. For despite all that God had done -all the revelations of His power, all His faithful examples of provision and deliverance – the people wanted something more. Something else.

When the people saw that Moses was so long in coming down from the mountain, they gathered around Aaron and said, “Come, make us gods who will go before us. As for this fellow Moses who brought us up out of Egypt, we don’t know what has happened to him.”

Aaron answered them, “Take off the gold earrings that your wives, your sons and your daughters are wearing, and bring them to me.” So all the people took off their earrings and brought them to Aaron. He took what they handed him and made it into an idol cast in the shape of a calf, fashioning it with a tool. Then they said, “These are your gods, Israel, who brought you up out of Egypt” (Ex. 32:1-4).

Because of the rebellion down below, God was ready to destroy them. But Moses pleaded for the people’s lives and eventually made his way to the party below, carrying the tablets of the law. But confronted with the scene, Moses smashed the tablets angrily and looked to Aaron for some explanation.

He said to Aaron, “What did these people do to you, that you led them into such great sin?”

“Do not be angry, my lord,” Aaron answered. “You know how prone these people are to evil. They said to me, ‘Make us gods who will go before us. As for this fellow Moses who brought us up out of Egypt, we don’t know what has happened to him.’ So I told them, ‘Whoever has any gold jewelry, take it off.’ Then they gave me the gold, and I threw it into the fire, and out came this calf!” (Ex. 32:21-24).

It bears repeating: “And out came this calf!”

And we shake our heads again.

“Out came this calf!”

“Out came this calf!”

What came out of the fire was exactly what Aaron constructed.

But as we are shaking our heads at this story from the Bible, let us also make sure that we are looking in the mirror. For as much as we would like to think it happens by accident, idolatry is always intentional at some level.

Whenever we find ourselves amid idolatry, it’s because we have made intentional choices to make it so.

Oh, our idol might not be in the shape of a calf; it might be in the shape of power, position, money, our children’s accomplishments, or even our ministry platform. But that “thing,” in whatever shape it takes, comes out of the fire of our lives because we created the mold. We put in the resources. We let it bake for a while.

In every choice, we are either choosing to glorify God and worship Him or forging the shape of an idol. These decisions might seem insignificant at the moment, but add them enough, and you’ve got a fully formed idol coming out of the fire. It may take a while for it to form, but before you know it, out comes the calf.

Let us be aware and careful today about what is shaping in our lives. And let us be honest enough with ourselves when whatever we have made comes out of the fire.