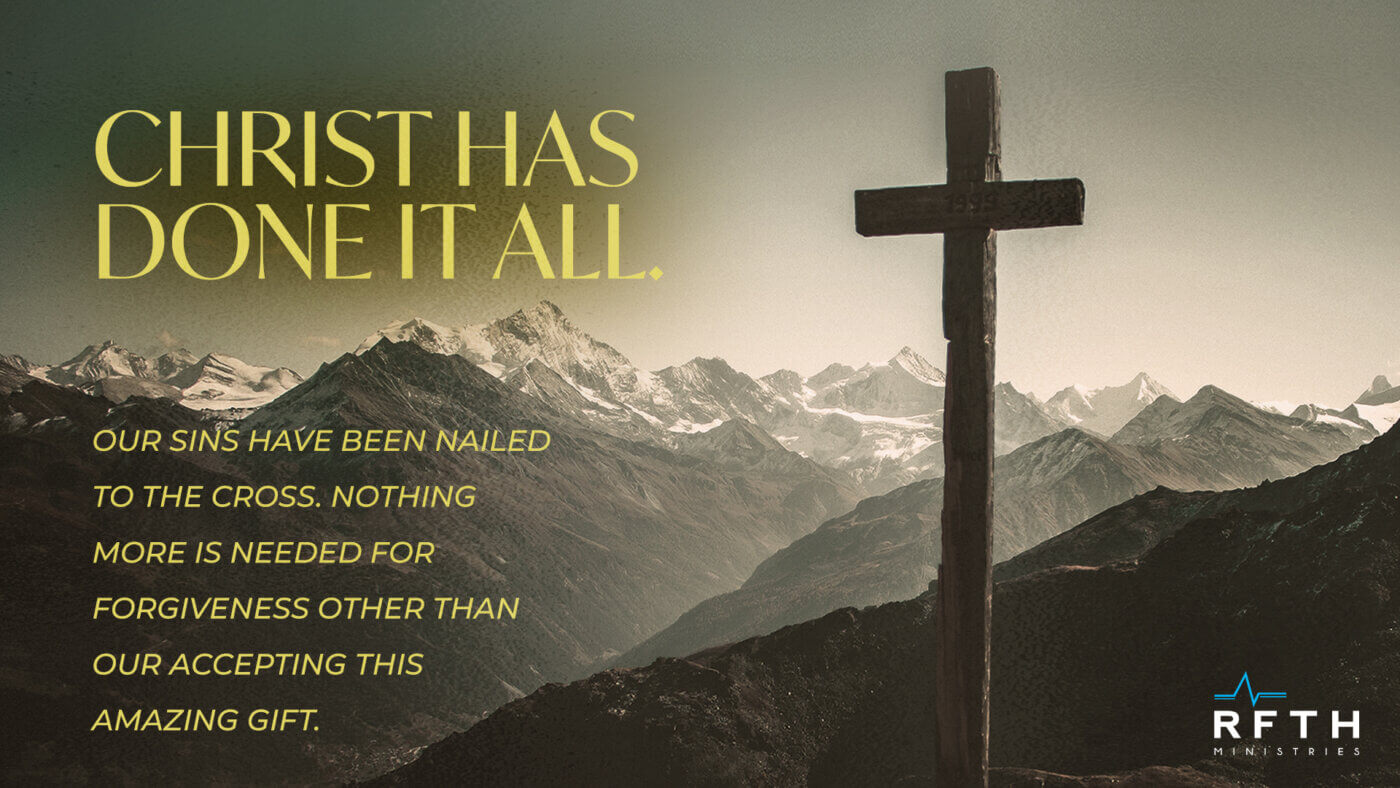 Our Debts Have Been Paid in Full

“When you were dead in your transgressions and the uncircumcision of your flesh, He made you alive together with Him, having forgiven us all our transgressions, having canceled out the certificate of debt consisting of decrees against us, which was hostile to us; and He has taken it out of the way, having nailed it to the cross.” – Colossians 2:13-14

Think about the incredible gift we were given when Jesus died for our sins.

Do we talk about it so routinely that we don’t really get it anymore?

Picture this: It’s as though all of our sins were listed on a writing board. And then Christ came along with a cloth and erased them forever. It’s as though they were never even there. On that board, somebody puts a receipt that says, “PAID IN FULL.” That’s what the nails of the cross did –  they paid the penalty for our sin in full. Christ has done it all. Our sins have been nailed to the cross; they’ve been taken care of. Nothing more is needed for forgiveness other than our accepting this amazing gift.

Have you done that? Have you claimed the liberating forgiveness of knowing that Christ has paid the full debt of your sins? If not, why not let Christ give you a clean slate? After all, He’s already “paid in full.” Our choice is simply to accept His gift in faith.