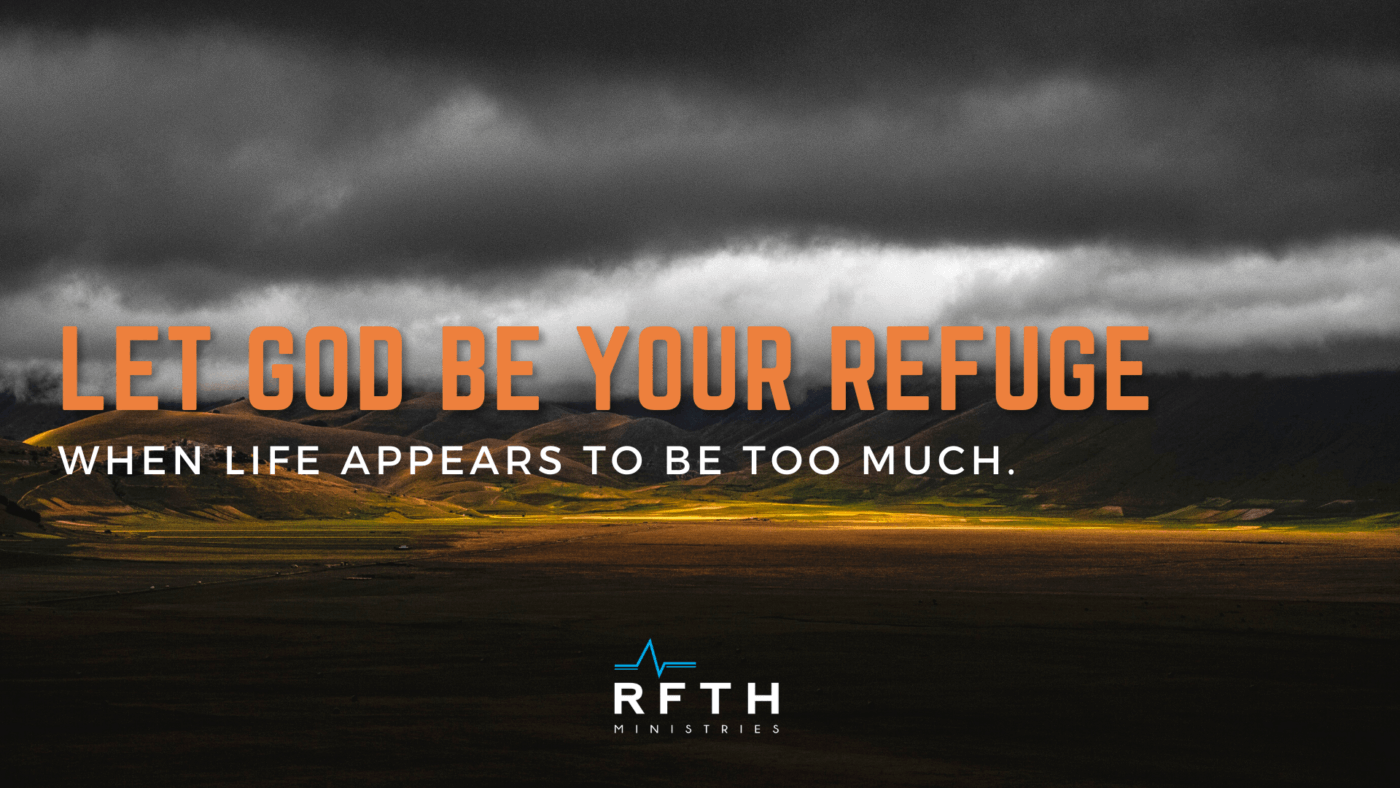 “The Lord is good, a refuge in times of trouble. He cares for those who trust in Him” – Nahum 1: 7

In modern-day action movies, the hero always finds himself/herself in some kind of life or death chase – frantically running from the enemy. The adrenaline builds as we watch our hero narrowly escape, time after time, until finally collapsing, safe and sound – however temporary.

Our lives might not mirror that of an action hero, but we can all relate to feeling like the walls of our lives are caving in. Maybe it’s financial decisions and debt that you can’t seem to get out from under. Perhaps it’s a toxic work environment where the pressure and stress is starting to spill over into other areas of your life. Maybe it’s an overwhelming and uncertain health crisis that made your otherwise pretty good life suddenly spin out of control. Whatever your situation, wouldn’t it be nice to just run away and escape it all for a little while?

Well, the people of ancient Israel could certainly relate. They were facing threat after threat, particularly from the Assyrians (modern day Iraq), when the prophet Nahum showed up with some words of comfort from God: “The Lord is good, a stronghold in the day of trouble, and He knows those who trust in Him” (Nahum 1:7 NKJV).

A stronghold or refuge (as defined by the Oxford dictionary) is “a place that has been fortified so as to protect it against attack.” It’s that place of escape from the front lines of battle. It’s a place where you can rest and find refreshment in the midst of a storm. It’s a place where you can let your guard down. This is how Nahum describes God to the fearful Israelites as the Assyrians’ threats grow louder. Now, the situation with the Assyrians didn’t transform overnight. In fact, it would take close to 200 years for the Assyrians to face God’s ultimate judgment for their actions throughout history, but God wanted to remind the Israelites that He remains in control. God was calling them to trust Him.

Where in your life are you struggling to keep your world together? Are you tired and fearful of what’s next? Take comfort from Nahum’s words. If you’re looking for shelter from life’s storms, turn to God. Let Him be your refuge when life appears to be too much. Allow Him to take over and rest in the fact that God is in control – even as the storms of life rage within us – and all around us.