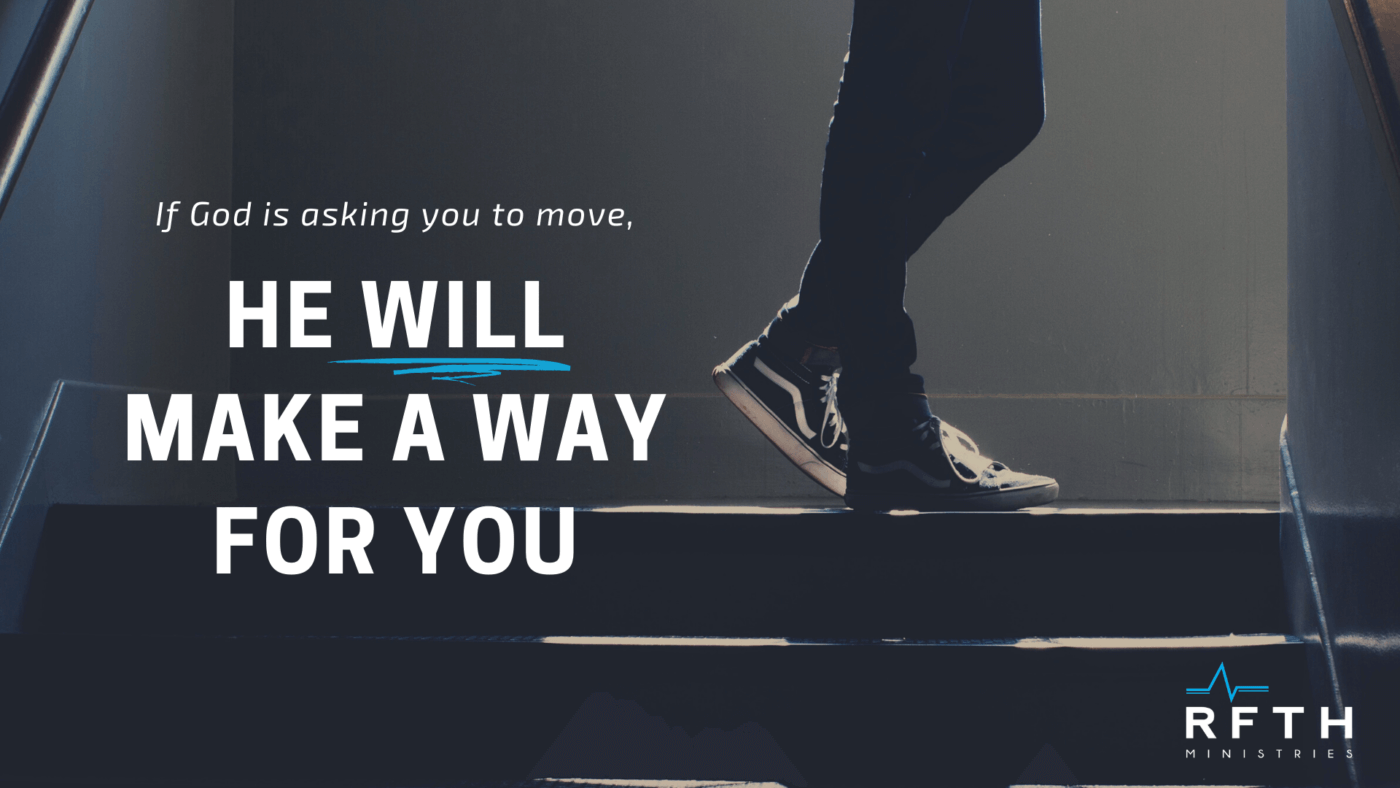 God Will Make a Way!

“As Pharaoh approached, the people of Israel looked up and panicked when they saw the Egyptians overtaking them. They cried out to the Lord, and they said to Moses, ‘Why did you bring us out here to die in the wilderness? Weren’t there enough graves for us in Egypt? What have you done to us?…. It’s better to be a slave in Egypt than a corpse in the wilderness!’”   Exodus 14:10 – 11a,12b

It’s always easier to look back at a situation with clarity – especially once we know the outcome. Like that time your company downsized and your job was suddenly gone. In the months following, you were consumed with fear and uncertainty. Only when looking back, could you see how the experience brought you closer to God, as you had no choice but to trust Him to provide. And He did – that unexpected job loss gave you the push you needed to pursue that career change in a new industry. But in the moment? Fear, panic, uncertainty… the future was anything but clear.

As Moses led the children of Israel from captivity in Egypt, they faced a similar situation. Would they trust God to lead them into the unknown or remain stuck in Egyptian captivity? Knowing the full story of how God miraculously provided and ultimately led them into the promised land, it’s hard to imagine anyone longing to remain in slavery. After all, they were abused, mistreated, and had spent years crying out to God for help. But in the moment, all they could see was a powerful army behind them and the Red Sea before them. It’s impossible for us to imagine, but in their fear of the known, somehow the suffering at the hands of the Egyptians was more appealing to the Israelites than the unknown into which God was calling them to step.

Thankfully, Moses chose to trust God to provide the way. And the God who demonstrated His power before Pharaoh in the form of ten plagues – that same God split the sea so that the children of Israel could step into freedom. What courage it must have taken for them to move forward in faith!

We’ve all had moments in life when we’re confronted with a choice: step into the unknown or let fear keep you trapped. Where is God asking you to follow Him into the unknown? For the follower of Jesus, following God’s call into the unknown means trusting Him to fill the gap where your strength, abilities, and wisdom ends.

Let God step in – because if God is asking you to move, He will make a way for you. You can be sure of that!