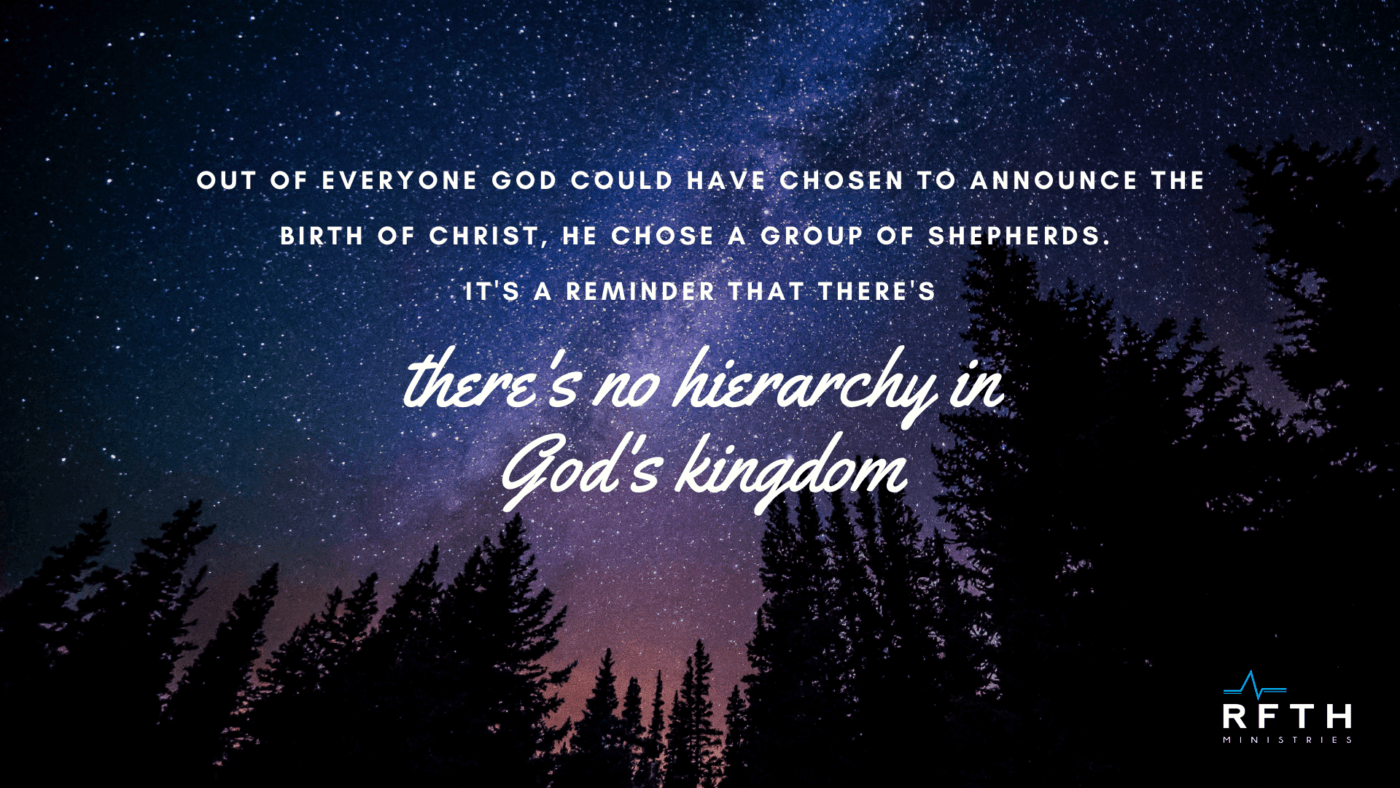 Imagine an Angel Shows Up…

“…the angel said to them, ‘Do not be afraid; for behold, I bring you good news of great joy which will be for all the people…’”  Luke 2:10

Back in the mid 1990s, there was a popular TV series called “Touched by an Angel.” The show’s premise followed three angels as they quietly showed up in those big, crossroads moments of people’s lives. Only, it wasn’t until the end of each episode that the angels revealed their true nature. It was a powerful show that lasted nine seasons. There was just something about feeling that you weren’t alone in those dark, trying times that kept viewers glued to their TVs.

Take a moment to imagine that you’re a security guard on a late night shift patrolling the grounds of a business complex. Suddenly, an angel appears before you, hovering in the sky. You recognize immediately that it’s an angel, and are so scared you can’t move. You can’t call for help or grab your gun—you’re too frozen in fear. Then, the angel speaks: “Don’t be afraid…I’ve got good news to share! A Savior has been born and God wants you to be the first to know!”

It’s a pretty wild scenario, right? And it would be hard to grasp.

But this actually happened one night over 2,000 years ago to a group of shepherds who were just minding their own business and watching their flock of sheep in the hills of Bethlehem – an angel appeared to them in the sky! Can you imagine? What I find fascinating is they believed the angel and went (the Bible says they went “with haste”) to find the Christ child. Those shepherds got to worship Jesus on that very first Christmas!

I love that out of everyone God could have chosen to announce this world changing event, He chose a group of shepherds. It’s a reminder that there’s no hierarchy in God’s kingdom. God sent His Son, Jesus to save the world – this means everyone from lowly shepherd to powerful world leader, and everyone in between.

Just like the shepherds immediately went to see for themselves what the angels announced, you too can know and worship Jesus! All you have to do is seek the Jesus found in Scripture, and believe.

Christmas will never be the same, once you worship the King!