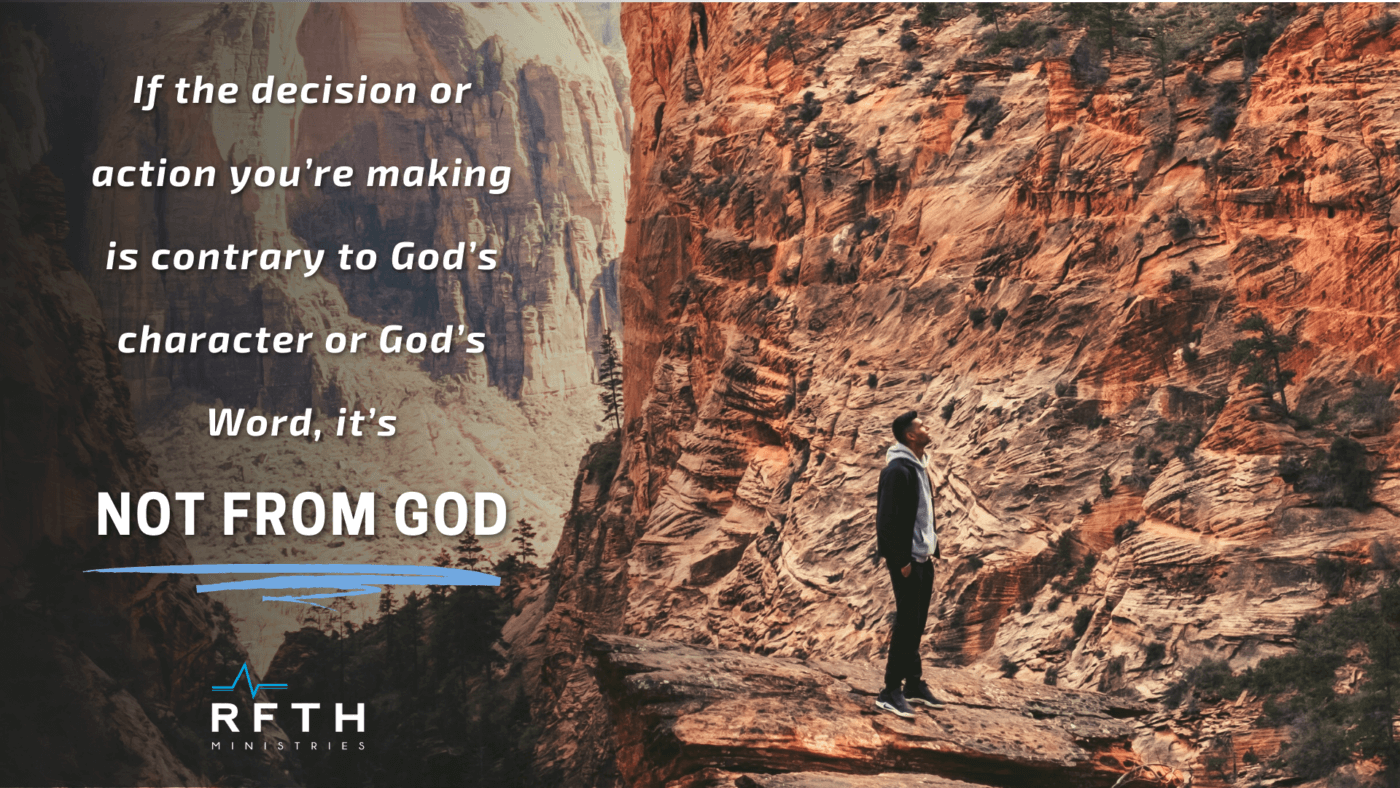 “The Lord is at hand; do not be anxious about anything, but in everything by prayer and supplication with thanksgiving let your requests be made known to God. And the peace of God, which surpasses all understanding, will guard your hearts and your minds in Christ Jesus.” – Philippians 4: 6b-7

“I’ve prayed about it and God has given me peace.”

This is a pretty common statement in Christian circles, when it comes to deciding whether or not to follow God’s calling to take a big step of faith (professionally, relationally, or otherwise). It typically means that a person has spent serious time asking God for confirmation, studying God’s Word, and discussing the decision with trusted and wise counsel.

When a decision is made in God’s will, God shows up by providing a supernatural peace in the midst of an otherwise difficult situation or decision.

Yet, many times we rely on a feeling of FALSE peace as an excuse to justify escaping a difficult situation:

In the moment, we might THINK that feeling of peace is from God, but…

…if the decision or action you’re making is contrary to God’s character or God’s Word, it’s NOT FROM GOD.

It’s a temporary, FALSE feeling of relief and escape rather than true peace.

And eventually, the consequences of those actions will burn you.

Jonah experienced this temporary FALSE peace after running from God’s calling because he didn’t want to share the Gospel with the Ninevites. He was so relieved. They were an evil people and a very real enemy to the nation of Israel. The last thing Jonah wanted was to face potential persecution and death simply by showing up.

So, he tried to sail away in literally the opposite direction.

It was there on that boat during a terrible storm, as Jonah slept peacefully, that he awoke to realize the impact his decision to run from God had on the lives of every man on board. All of their lives were in danger (Jonah 1:4-6).

You see, when we think running from God’s will won’t affect anybody else – we’re only deceiving ourselves.

Thankfully, Jonah recognized his sin after three days in the belly of a fish, and God rerouted him back towards Nineveh.

Have you, like Jonah, been hiding behind a false peace excuse to quickly escape a difficult or challenging situation? If so, then you’re not alone.

Make today the day that you choose to call out the fake peace for what it is and seek God’s TRUE peace – no matter where that leads you.

After all, if God calls you to do it – then He will see you through to the end.

And that’s a promise.