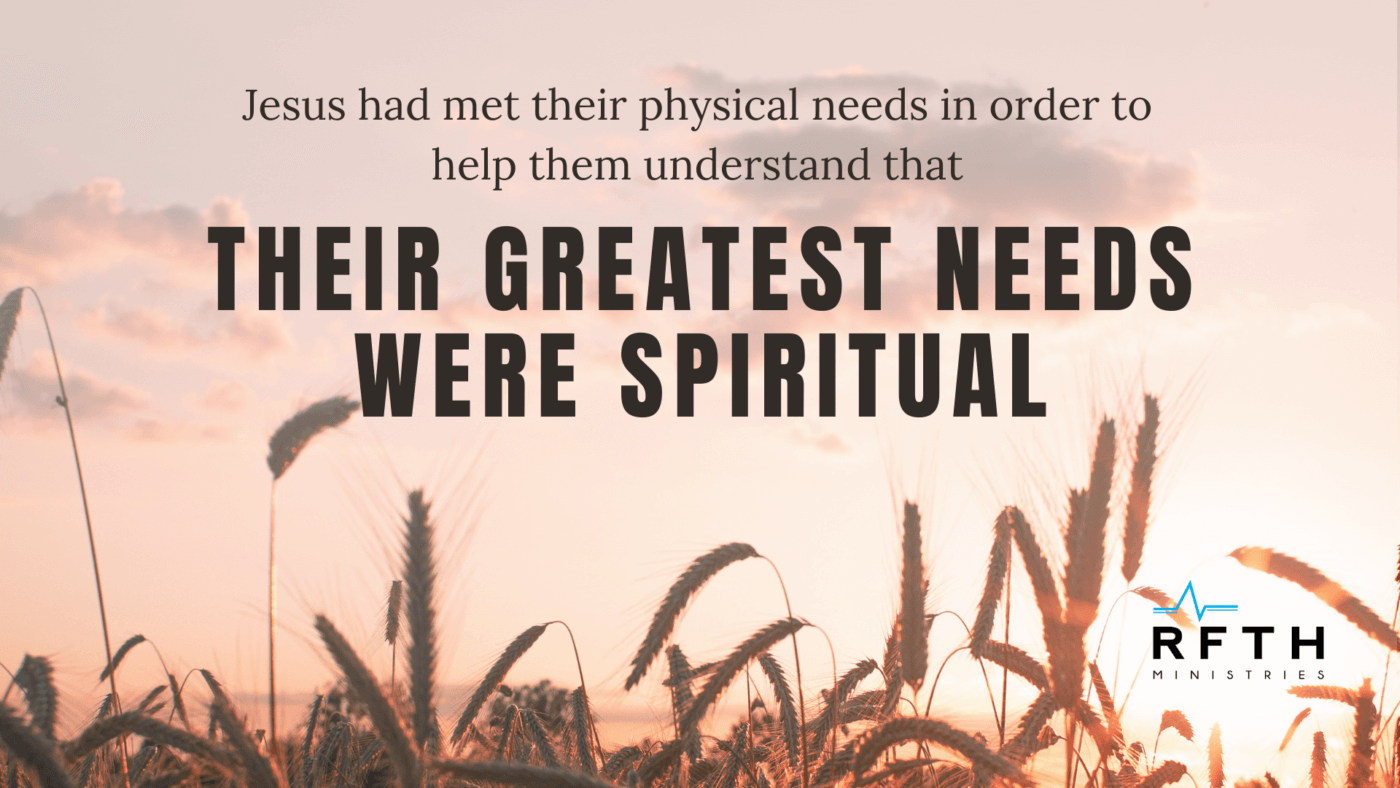 “When Jesus looked up and saw a great crowd coming toward him, he said to Philip, ‘Where shall we buy bread for these people to eat?’ He asked this only to test him, for he already had in mind what he was going to do. Philip answered him, ‘It would take more than half a year’s wages to buy enough bread for each one to have a bite!‘”  John 6:5-7

Jesus and his disciples were somewhere around the Sea of Galilee when a large crowd of people (which numbered around 5,000) showed up.

Even when Jesus would try to get away and head for the hills, the crowds always followed Him, and today was no different.

It was late in the day and the people were getting hungry, so Jesus asked one of His disciples, Philip, where could they go to buy enough food to feed everyone. (Remember, there wasn’t a supermarket on every corner like today.)

Andrew, another disciple, pointed out that they didn’t even have anywhere close to the money needed to cover the cost of feeding the crowd. Unsure what to do next, he approached Jesus, bringing with him a young boy and his packed lunch: five loaves of bread and two fish.

The boy offered Jesus all that he had.

What did Jesus do? He took the boy’s small lunch, gave thanks to God and had it distributed to the crowd.

Miraculously, every single person ate until they were full, even leaving plenty of food to spare.Talk about a miracle! (Remember there were around 5,000 people!)

The people got really excited about this free lunch, and they began to speculate that maybe Jesus could be The Prophet they had been waiting for. Just maybe, Jesus was the key to never being hungry again.

You see, it was the excitement that Jesus had filled their stomachs with food that made the people speculate, but they couldn’t see beyond their physical needs.

However, Jesus knew their biggest needs weren’t physical – they were spiritual. It’s the same for us today.

“I am the bread of life,” Jesus said. “He who comes to Me will not hunger and he who believes in Me will never thirst” (John 6:35).

But no one could understood what Jesus was talking about.

They didn’t realize that Jesus had met their physical needs in order to help them understand that their greatest needs were spiritual.

Do you know the Bread of Life that brings lasting fulfillment?

Your next meal may meet an immediate hunger for a short time, but the Bread of Life meets our deepest needs forever.