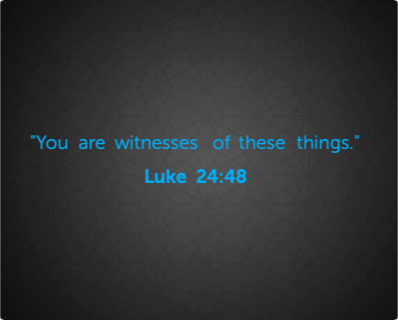 FROM THAT MOMENT – EVERYTHING CHANGED

“You are witnesses of these things.”

One of the major questions people ask when considering the resurrection of Jesus is how to explain the dramatic change in the disciples. Consider the following:

At His crucifixion, all but one fled in fear and went into hiding. Why?  As Jesus’ closest followers, they feared the government authorities would arrest them, as well. Later, in different parts of the world, they all boldly proclaimed that Jesus had risen from the dead. Even when confronted with death if they didn’t stop making that claim, they refused.

That first Easter morning when the women told the disciples that Jesus was risen, the disciples did not believe them. Understandably, they thought it was nonsense. They knew He was dead. They saw Him die. They knew where He was buried. So, what happened to cause them to believe He was alive?

Can you answer these questions? I believe Jesus arose, that they saw Him in person, and that their lives were never the same.