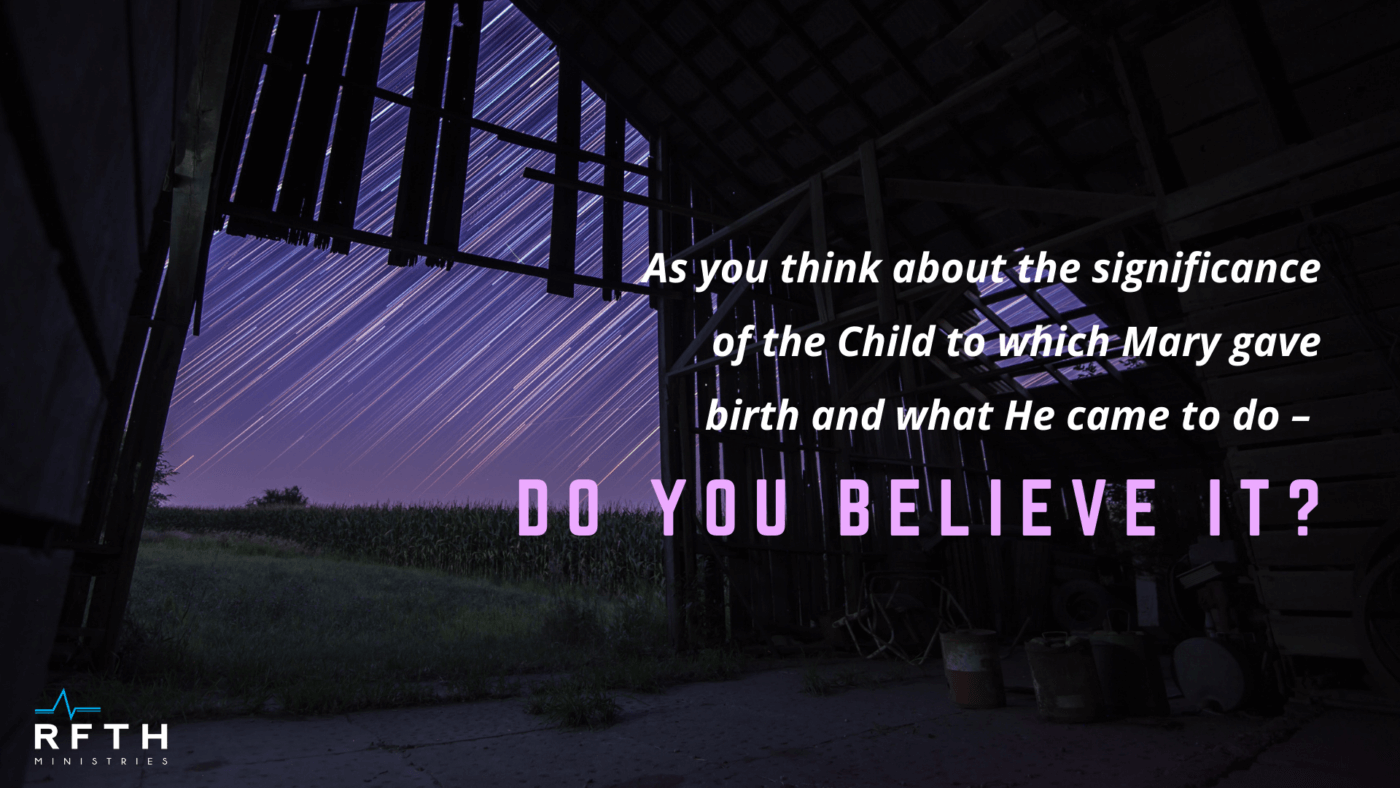 Picture the scene: An angel had just informed Mary that she, a teenager and a virgin, was now pregnant and, as a matter of fact, was carrying the Son of God. Not the sort of news a young girl hears everyday and certainly not the kind of news in first century Israel, she would welcome. In her culture, she would soon face the wrath and scorn of her friends, family and society in general – not to mention that she would probably lose Joseph, her fiancé.

Facing such serious backlash at the news, think of all the paths Mary could have taken.

How did Mary respond?

If ever you want to see a clear profession of faith, look at the next words from Mary’s mouth: “I am willing to be a voluntary slave of the Lord. I am willing to be a servant of God. May what the word of God has said, may it come true!” What an incredible woman of God! When facing tremendous pressure to save face and take another path, Mary responded with incredible faith and trust.

Mary is truly the greatest woman who ever lived, for nothing any woman has ever done or will do is more important than what she did.

As you think about the significance of the Child to which Mary gave birth and what He came to do – do you believe it? Will you choose to follow the example of Mary and believe what God’s Word says about her Son? Let me assure you, you will never truly experience Christmas until you do.