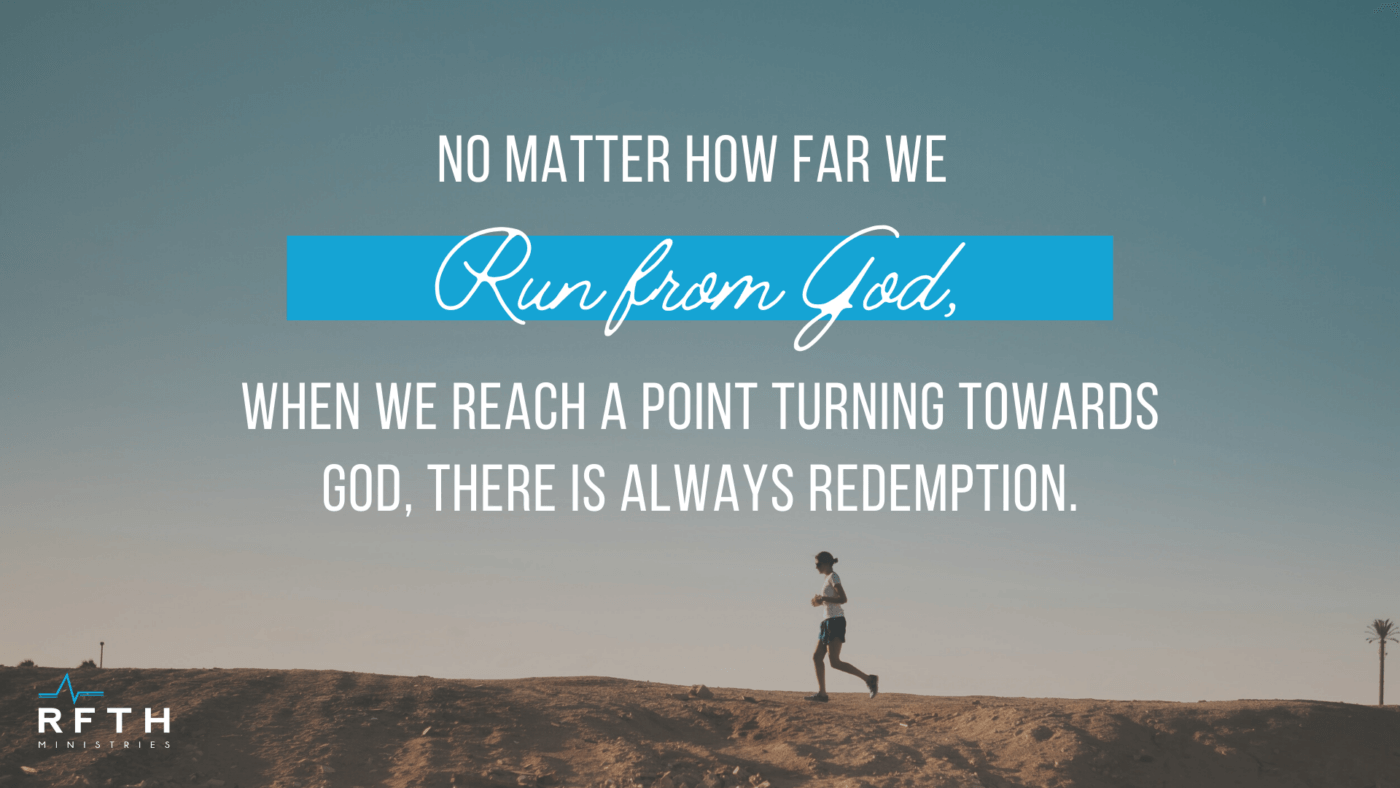 Are You Running From God?

“By the decree of the king and his nobles: …Let everyone call urgently on God. Let them give up their evil ways and their violence. Who knows? God may yet relent and with compassion turn from His fierce anger so that we will not perish.” Jonah 3: 7a, 8b, 9

Let me share a well-known Bible story with you.

Jonah was a prophet in Israel, and one day, God called him to preach to the evil and violent people of Nineveh.

Well, Jonah didn’t like that idea, so what did he do?

He ran in the opposite direction and took a boat towards Spain.

Suddenly, in the middle of the Mediterranean Sea, a huge storm threatened to sink the ship. Realizing this was probably all his fault, Jonah told the sailors to toss him overboard, So, that’s exactly what they did.

As Jonah began to sink, he cried out to God.

Out of nowhere, he was swallowed by a huge fish and spent the next three days reevaluating his life inside the belly of that fish. Can you imagine?

So, Jonah decided to stop running from God. The fish spit him out on a beach, and Jonah, with his second chance from God, immediately headed toward Nineveh, where the entire city responded to God’s message to repent. Everyone was convicted of their sin and begged God for mercy. In the end, God displayed incredible mercy and spared the city.

The power of Jonah’s story is this:

No matter how far we run from God when we reach a point of humbly confessing our sins and turning towards God, there is always redemption.

Jonah and the people of Nineveh turned their backs on God. They did not deserve a second chance, yet God responded to them with grace and mercy.

Are you resisting God? Maybe like Jonah, you’re running from a calling of God. Perhaps you’re like the people of Nineveh and you’ve been living your life your way with no interest in God.

The good news is that no matter how far we run or how much we resist, God’s love will always persist. He will continue to reach out to us in hope that we’ll change our minds, our direction, and trust in Him – just like Jonah.