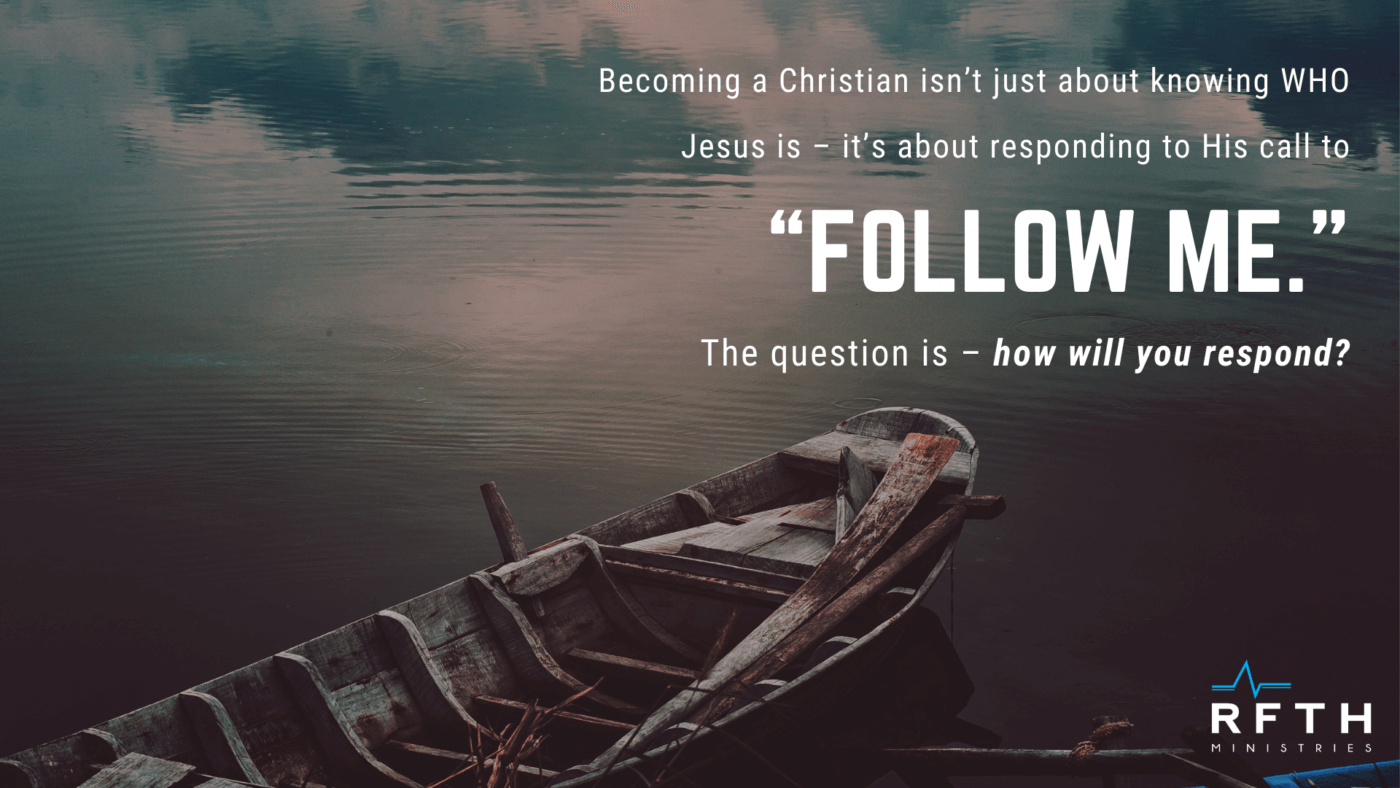 “As Jesus walked beside the Sea of Galilee, He saw Simon and his brother Andrew casting a net into the lake, for they were fishermen. ‘Come, follow me, Jesus said.”  Mark 1:16 -17a

Have you ever wondered why the disciples decided to leave behind everything – job, family, business, and life as they knew it – to follow Jesus? Remember, they didn’t have the Gospels to tell them the end of the story; they were the ones who would witness those final chapters!

So when Jesus extended the call to “follow me,” why did they go? These tough fishermen, small-business owners with families – how could they drop everything just to follow Jesus?

Actually, they didn’t –not right away. Their stories of coming to know Jesus actually began much earlier.

And then it happened – the call to follow Jesus. Simon Peter’s eyes were finally opened and he recognized his sin. In that moment of conviction, of realizing the holiness, the greatness, and the awesomeness of Jesus, Peter was ready to drop everything to follow Him.

Are you ready for the call of Jesus in your life? Maybe you’re just starting to get to know Jesus. Maybe you’ve been searching for a while now. But becoming a Christian isn’t just about knowing WHO Jesus is – it’s about responding to His call to “Follow Me.” The question is – how will you respond?