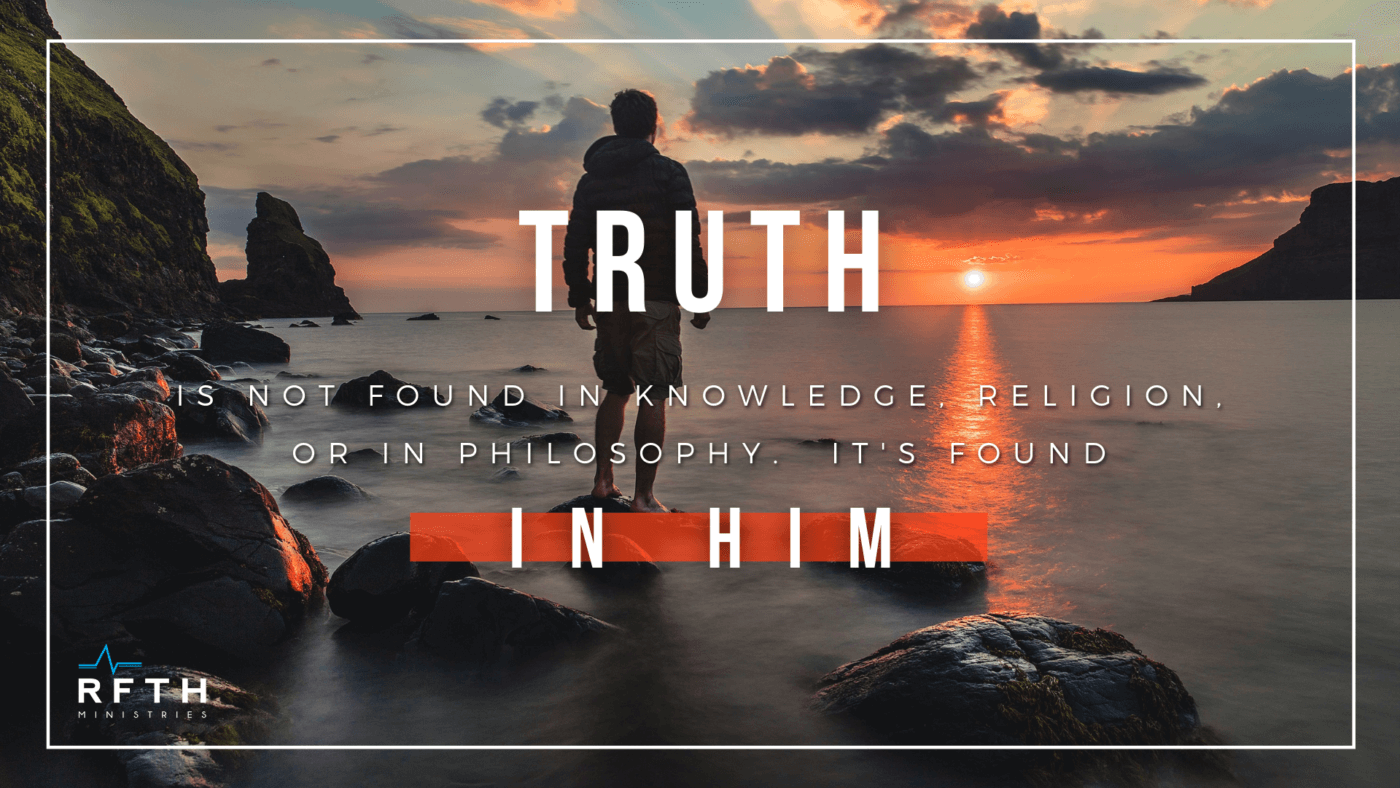 Want to Find the Truth About Jesus? Part 4

The second claim Jesus made about Himself is, “I am the truth.” Many people believe in moral relativism – the idea that there’s no such thing as absolute truth. Yet Jesus is saying, HE is the truth. In other words, Jesus is saying that truth is not found in knowledge, religion, or in philosophy, but in Him…a person.

When someone says they don’t believe in absolute truth, I don’t think they even realize what they’re saying. For example, take math—are you saying that in Georgia 3+3 equals 6, but in California, 3+3 equals 5? Are they both true? Is it all relative to where you live? Obviously, that’s just ridiculous. What about the Law of Gravity? If there is no absolute truth, then when you drop something, are you saying that gravity might pull it down or maybe it will just stay suspended in the air? If someone told you this was “their” truth, you would think they were crazy.

So, when it comes to God, can there be such a thing as absolute truth? If Jesus is telling the truth and is Truth personified, then the answer is, “Yes.” Either way, Jesus’ statement about Himself is outrageous – unless it is true.

The big question is, do you believe that Jesus is telling the truth? If you do, then whether you realize it or not, you believe in absolute truth. You can’t have it both ways. Either you believe it, or you don’t. Jesus says it’s absolutely clear. He is both the way to God, and He is the ultimate truth.

But that’s not all. Tomorrow, there is one more in this series of devotions. Don’t miss it!