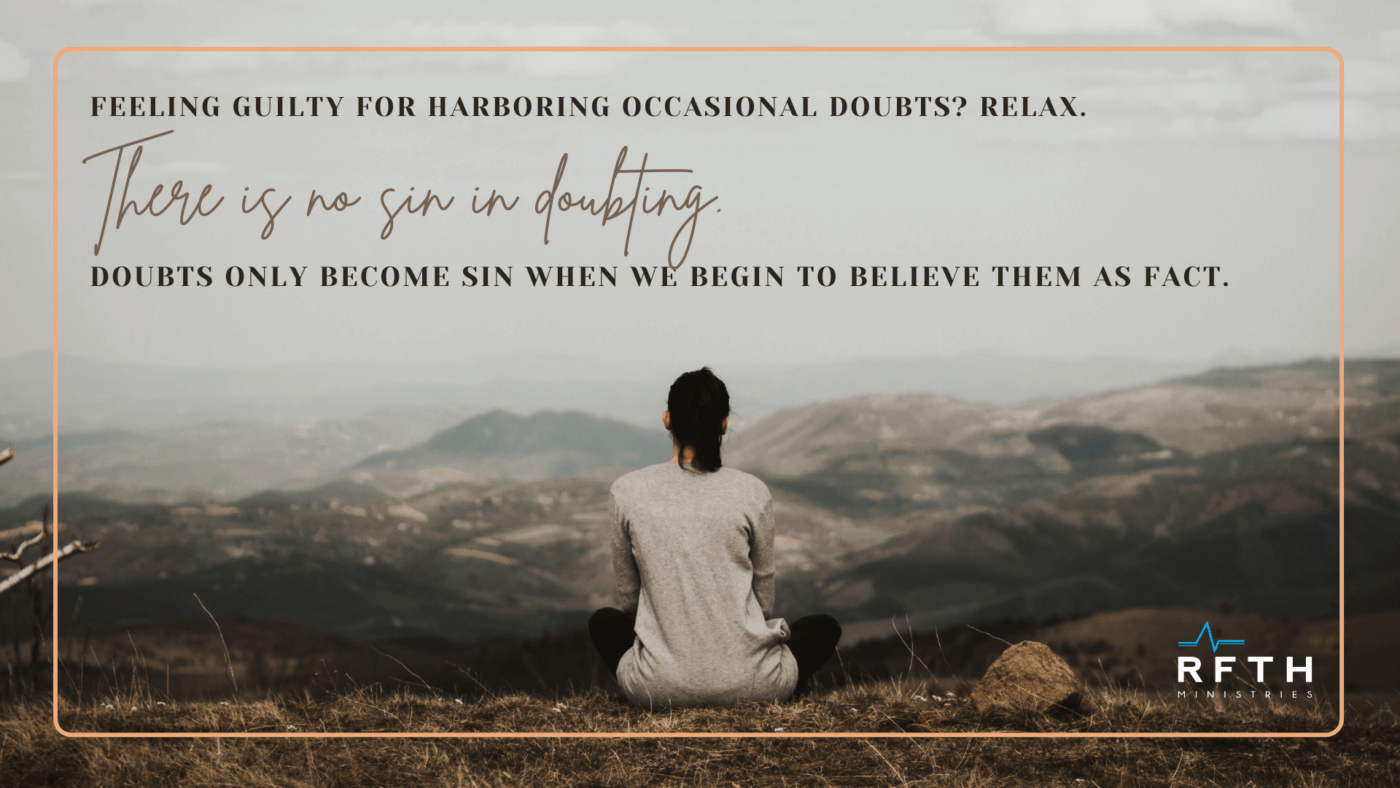 Do you sometimes worry about your faith because you question some events in the Scriptures?

Let’s be honest – seas parting, a fish swallowing a grown man, the turning of water into wine, Jesus rising from the dead – sometimes biblical events can test your capacity to believe. And you’re in some pretty good “doubting” company.

Take the claim of the virgin birth. How did Mary respond when told she was going to birth the Son of God? After the initial shock was absorbed, she began arguing with an angel! Right off the bat, she asked the angel what she considered a rhetorical question: “How can this be since I am a virgin?” The angel must have had a mighty convincing answer because Mary was convinced of the truth.

But first, she doubted. She was human, after all.

Then, when Mary told Joseph, he didn’t buy it for a minute. He knew he wasn’t the father and immediately made plans to dump her. Once again, an angel convinced him that Mary was telling the truth.

At first, Joseph doubted, as well. He was also human.

But then he believed the word of God through an angel.

So if you find yourself feeling guilty for harboring occasional doubts, relax. There is no sin in doubting. Doubts only become sins when we begin to believe them as fact.

And we are more fortunate than Mary and Joseph. We don’t need an angel to convince us.

We have the written, historical Word of God.