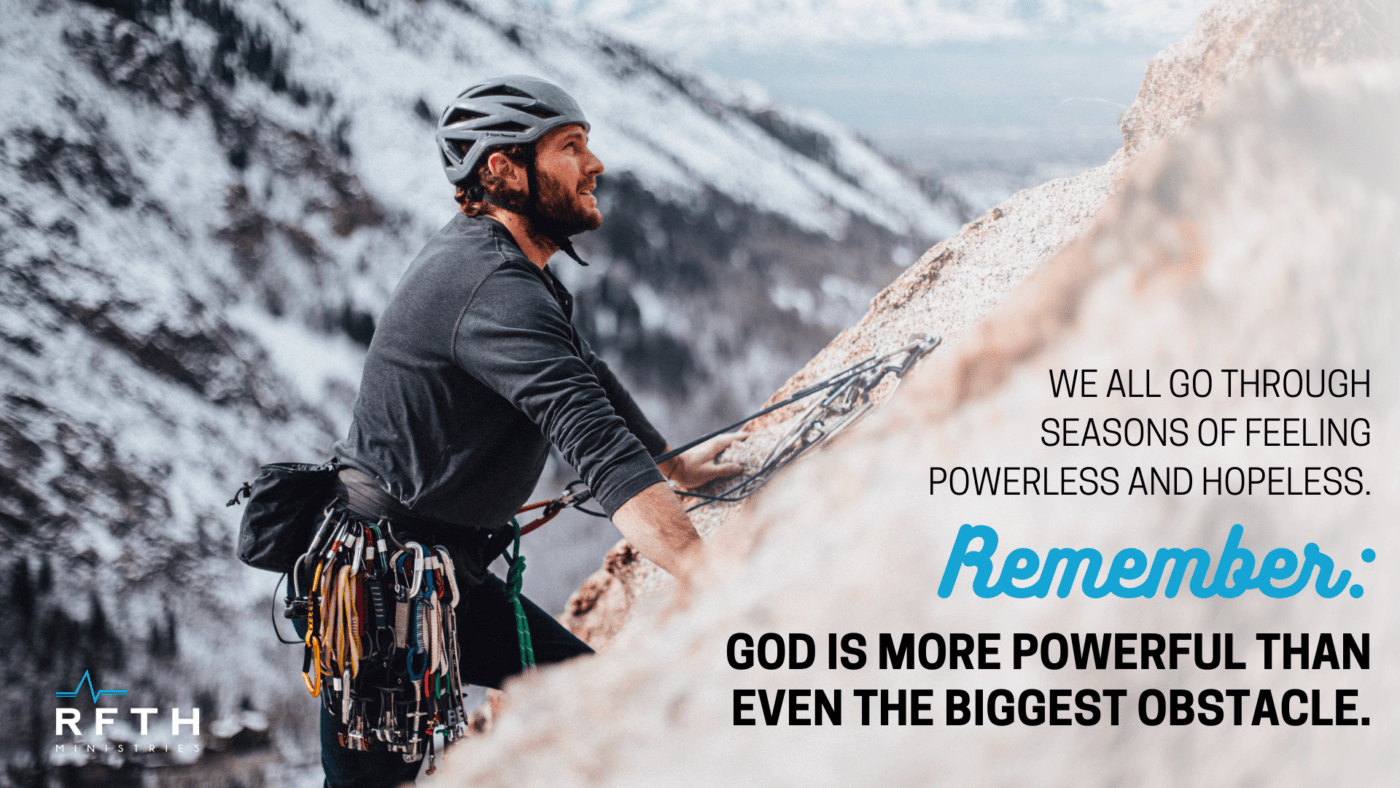 Is Your Faith Being Tested?

“The Lord turned to (Gideon) and said, “Go in the strength you have and save Israel out of Midian’s hand. Am I not sending you?” – Judges 6:14

Have you ever felt powerless?

In the middle of so much global uncertainty, it’s pretty easy to feel like everything is spinning out of control and there’s nothing you can do about it.

If anyone could relate to feeling powerless and struggling to trust God in the interim, it was Gideon. In Judges 6, we meet Gideon during severe oppression at the hands of the Midianites. For seven years they had been reduced to hiding out in the mountains and caves, struggling to survive (Judges 6:4). Talk about feeling powerless.

One day, God sent an angel to Gideon: “The Lord is with you, mighty warrior!” Gideon, who at the time had been threshing wheat in a winepress to keep out of sight, probably didn’t feel like a mighty warrior. In fact, he would later remind God that he came from the weakest clan and was himself the least of his family (Judges 6:15). “Mighty warrior,” he was not.

Naturally, Gideon had a lot of questions. “Pardon me, my lord,” Gideon replied, “but if the Lord is with us, why has all this happened to us?…The Lord has abandoned us.” In other words, Gideon was asking what many of us might be asking God right now: Where are You?

Look how God responds in verse 14: “The Lord turned to him and said, ‘Go in the strength you have and save Israel out of Midian’s hand. Am I not sending you? I will be with you'” (Judges 6:14,16a). In other words, God tells Gideon to go – as he is – and trust HIM to fill in the gap. Reluctantly, Gideon obeys. Sure enough, God comes through in a miraculous way! Gideon became the mighty warrior that God saw in him and led a vastly outnumbered army to victory against the Midianites. (Read the full story in Judges 7.)

We all go through seasons of feeling powerless and losing hope. Perhaps your faith is being test this very day. If so, then be encouraged by Gideon’s story and remember:

How can God use you in your times of uncertainty?