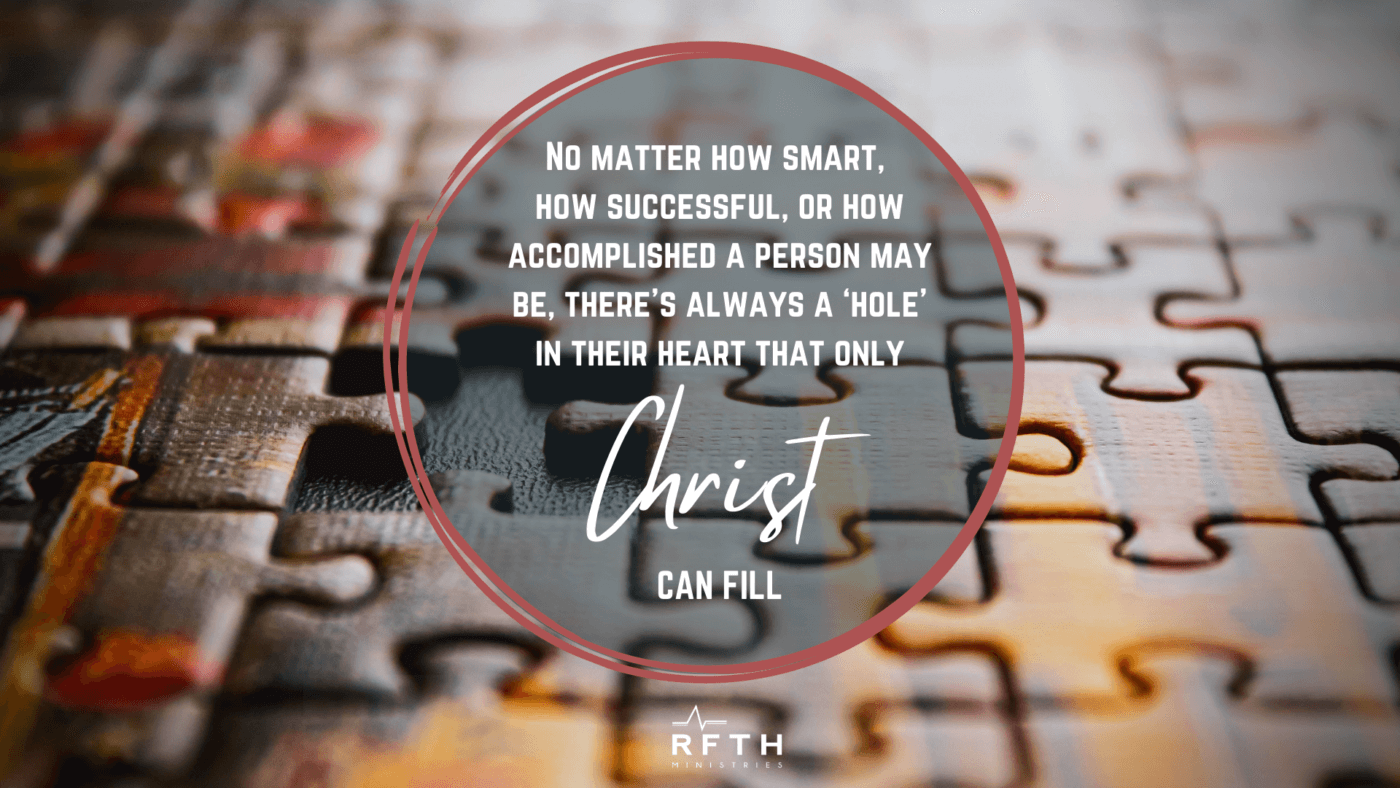 “The God who made the world and everything in it is the Lord of heaven and earth and does not live in temples built by human hands. And He is not served by human hands, as if He needed anything. Rather, He himself gives everyone life and breath and everything else…God did this so that they would seek Him and perhaps reach out for Him and find Him, though He is not far from any one of us.”

As I read through Paul’s message to the intellectual elite at Mars Hill in Athens, Greece, I’m reminded of a time I visited Harvard. I was asked to speak to a group of students who would gather that evening at John Harvard Hall. Before speaking that night, our host invited us to have lunch at the faculty club, where we were joined by two young couples.

The two men were graduates of MIT and their wives were Harvard alumnae. It was funny hearing the two MIT grads jokingly make fun of their wive’s “inferior” educations at Harvard. (Everyone has someone to look down on!)

I asked each of them to tell me their story. All four had the same thing in common: despite great academic success, they still felt something was missing. They saw something in the Christian students at MIT and Harvard that they didn’t have, and they wanted it.

Eventually, they came to put their trust in Christ. Today, these two men are now pastors in the area and are seeking to build Christ-centered marriages with their incredibly gifted wives.

Their experiences showed me that no matter how smart, how successful, or how accomplished a person may be, there’s always a ‘hole’ in your heart that only Christ can fill. If you identify with these stories, I hope you will be open to exploring the claims and truth of Jesus. I promise you – He will fill that ‘hole.’ You will not be disappointed!