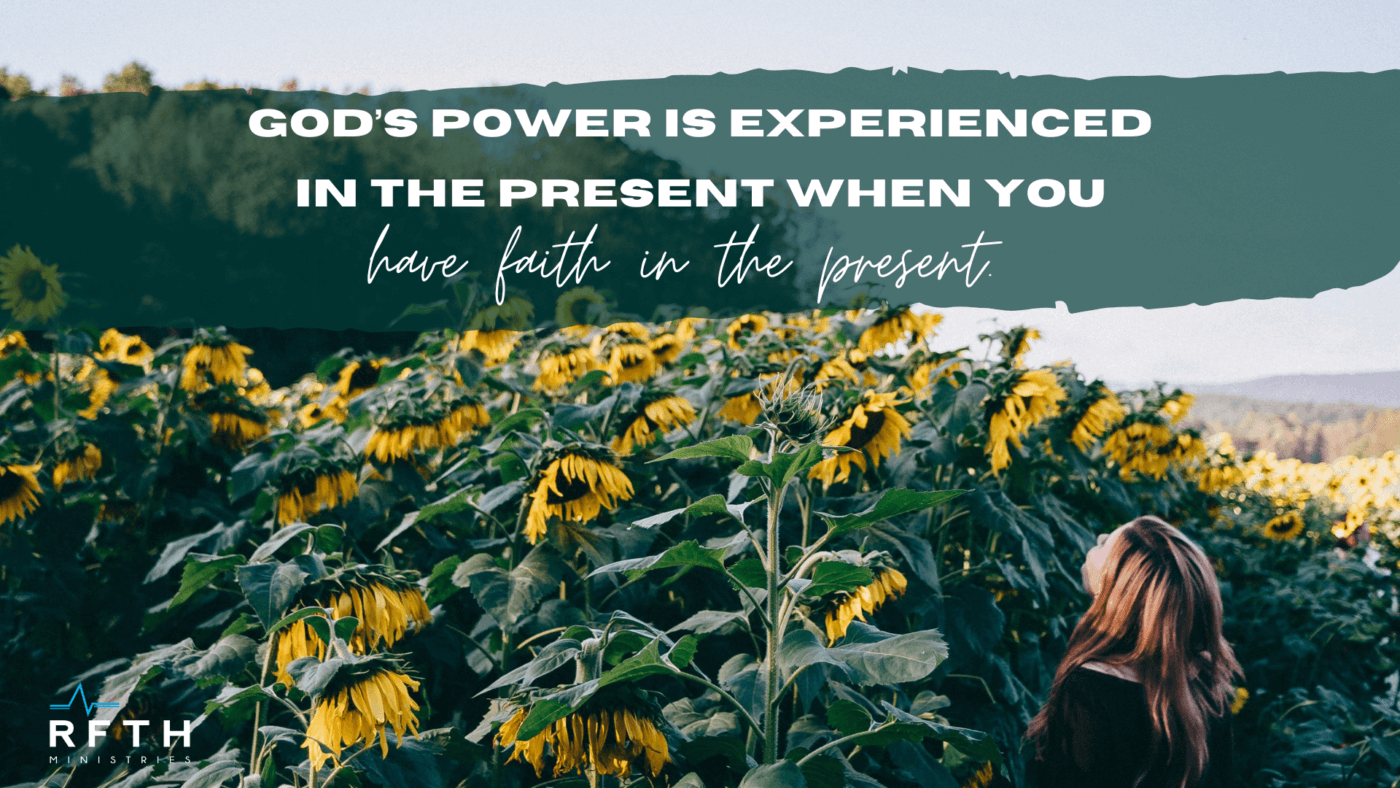 Is Your Faith Present or Past?

“When they came to the crowd, a man came up to Jesus, falling on his knees before Him and saying, “Lord, have mercy on my son, for he is a lunatic and is very ill; for he often falls into the fire and often into the water. I brought him to Your disciples, and they could not cure him.” And Jesus answered and said, “You unbelieving and perverted generation, how long shall I be with you? How long shall I put up with you? Bring him here to Me.” And Jesus rebuked him, and the demon came out of him, and the boy was cured at once. Then the disciples came to Jesus privately and said, “Why could we not drive it out?” And He said to them, “Because of the littleness of your faith;” – Matthew 17:14-19

One of the sayings my wife and I learned early on in our parenting years is—a parent is only as happy as their unhappiest child.

With that in mind, today’s Scripture reference tells the story of a desperate father whose son was very sick with seizures. Using all his available resources, the father had found no help for his suffering son. He had even taken his son to Jesus’ disciples, but found no solution. You can imagine that this father was probably exhausted, living in constant anxiety – having no idea when another seizure might occur.

Out of options and most likely emotionally and physically drained, the man came and fell to his knees before Jesus—desperate for someone to help.

Surprisingly, the first thing Jesus did was speak to His disciples.

Because Jesus had given them the authority to heal the sick and raise the dead, yet here was undeniable proof that they had failed.

After reprimanding them, Jesus asked to see the boy. And immediately, he was healed.

Can you imagine the relief and gratitude of this dad? But the disciples were confused and remained focused on why they had not been able to cure the man’s son.

Jesus’ answer was simple: “Because of the littleness of your faith…”

I have a feeling that over time, the disciples began to shift from total trust in Christ to a sense of self-confidence – when it came to healing the sick. It was a slow shift from a ‘God-confidence’ to ‘self-confidence.’ They probably began to use the name of Jesus just like some magic wand. Because the name of Jesus had worked in the past, it surely would work with this boy. Yet, what they didn’t realize was that, ever so subtly, their confidence had shifted to their own abilities rather than total dependence on Christ.

God’s power is not experienced in the present because you had faith in the past.

Don’t forget this paradoxical truth – when we come to the end of ourselves is when real faith begins.

What about you? Is your faith a “present” faith, or are you trying to be fueled by your “past” faith?

My prayer is that you will always stay in such close communion with God that our faith will always be a “present” faith.