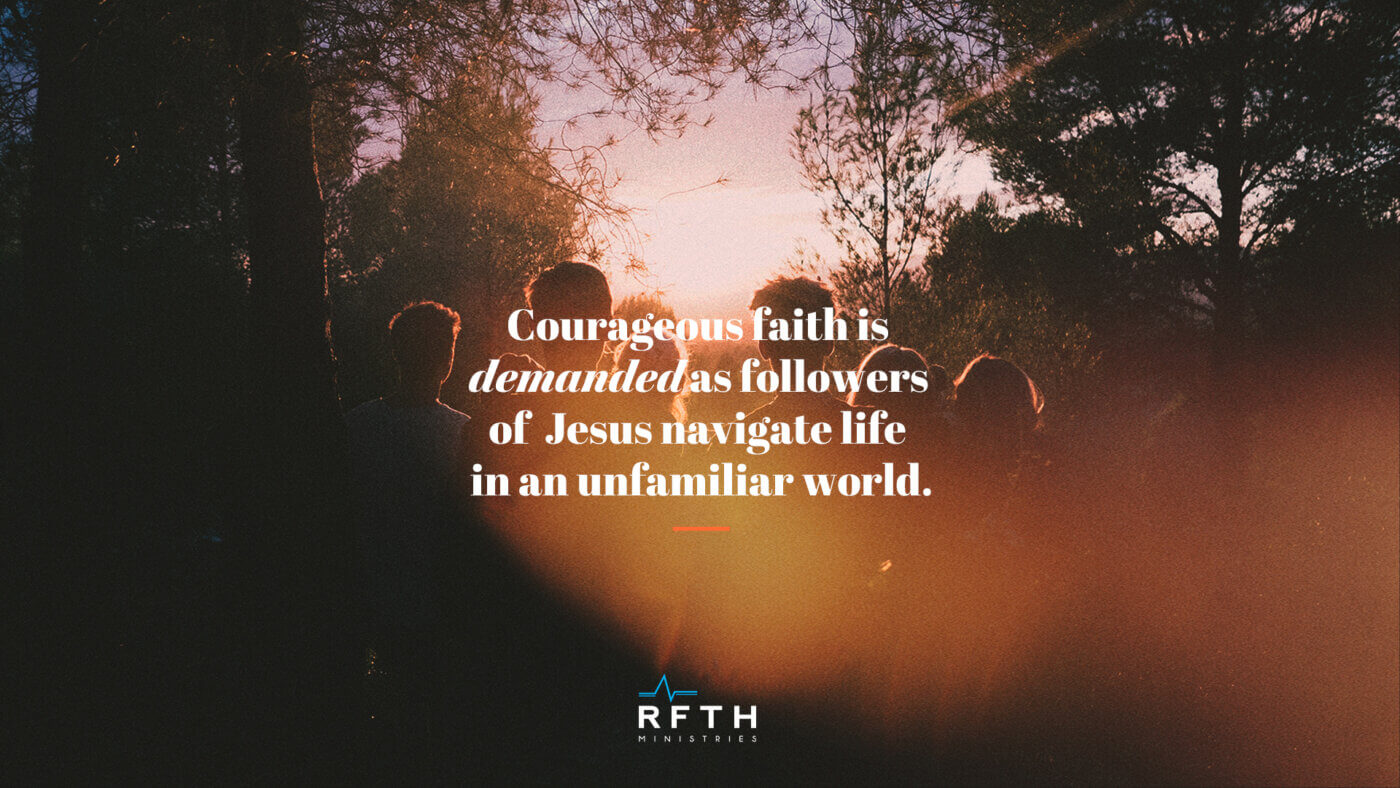 Courage to Stand Up for Jesus

“The king assigned them a daily amount of food and wine from the king’s table. They were to be trained for three years, and after that they were to enter the king’s service… But Daniel resolved not to defile himself with the royal food and wine.” Daniel 1: 5, 8a

Times they are a-changing, sang Bob Dylan in the mid-’60s as American society pushed back against the established cultural norms of the day.

Over sixty years later, Dylan’s lyrics still ring true as we witness our formerly accepted Judeo-Christian worldview being cast aside and replaced by man-made, politically correct ideology. More than ever before:

Courageous faith is demanded as followers of Jesus navigate life in an unfamiliar world.

2,600 years ago, Daniel, a captive living in modern-day Iraq, faced the same challenge: Follow the king’s rules or adhere to the dietary teachings God had given the Jewish people (Leviticus 1, Deuteronomy 14).

You can imagine some of the other Hebrew men in the king’s court who were also being educated and trained alongside Daniel, saying, “What’s the big deal? It’s a new day; we’re in a new culture. Just go along with what the king is asking and blend in. Don’t make waves.” But Daniel could not betray his faith or his conscience. Instead, Daniel chose to risk his life by remaining faithful to God’s teaching rather than following the king’s command. And God blessed him with better health than those who ate the king’s appointed food (For the full story, read Daniel Chapter 1).

What about you? Will you stand up for Jesus even as our culture looks more and more unfamiliar?

Will you stand strong in the face of societal pressures just to fit in? Or, like Daniel, will you take a stand?

Ask God for courageous faith like Daniel to stand boldly for Jesus in an increasingly unfamiliar world.