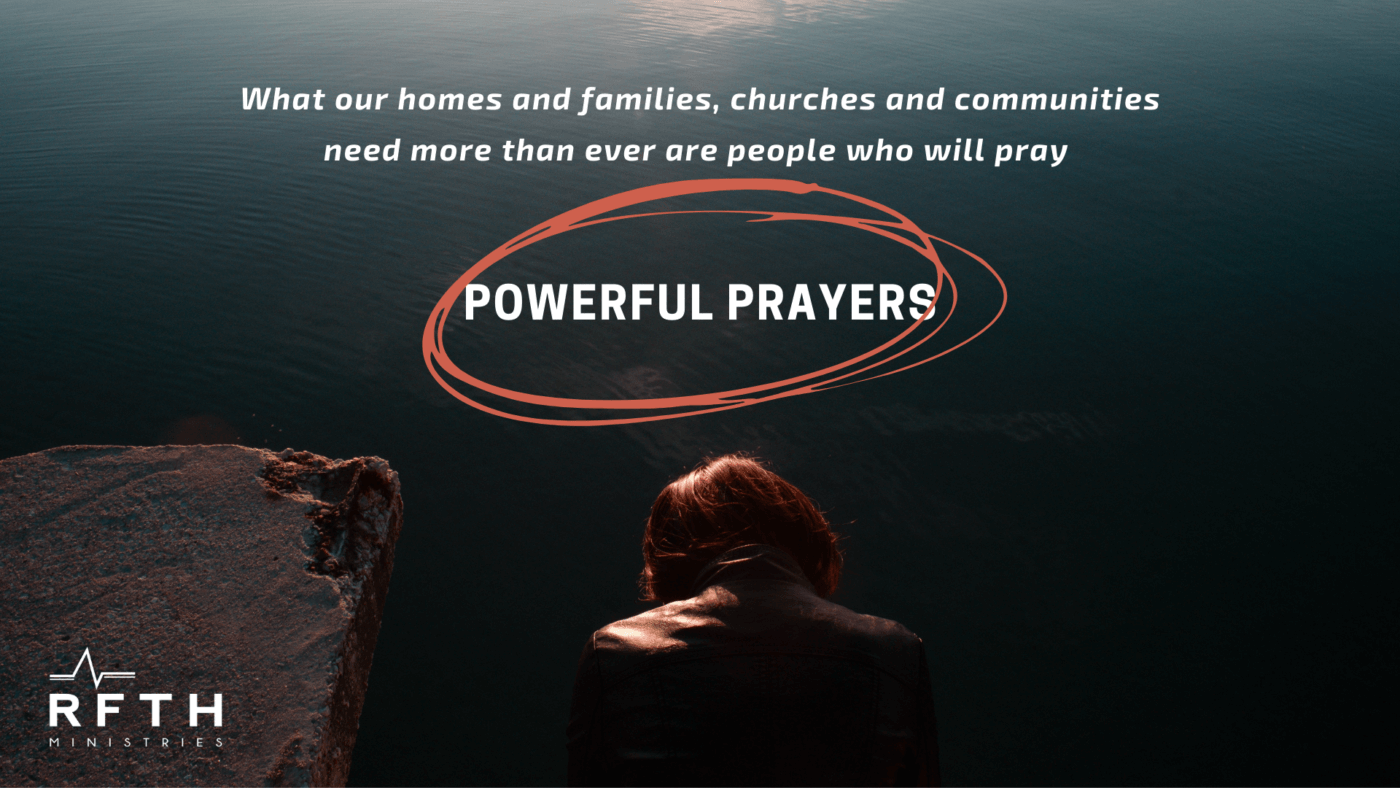 Be a Person of Powerful Prayer

“‘Now Elijah said to Ahab, ‘Go up, eat and drink; for there is the sound of the roar of a heavy shower.’ So, Ahab went up to eat and drink. But Elijah went up to the top of Carmel; and he crouched down on the earth and put his face between his knees. … It came about at the seventh time, that he said, ‘Behold, a cloud as small as a man’s hand is coming up from the sea.’ And he said, ‘Go up, say to Ahab, “Prepare your chariot and go down, so that the heavy shower does not stop you.’” – 1 Kings 18:41,42 & 44

In the mid 1800s, a man named George Mueller ran an orphanage in England.

One morning he faced a real crisis – there was no food to feed the children for breakfast.

So he sat down and prayed a simple prayer, thanking God for providing what they didn’t have and had no way of obtaining on their own.

Suddenly, there was a knock on the door. It was a baker offering fresh bread. Next a milkman appeared.

Then Muller began a life of asking God to meet their needs. Time and time again, God used men and women to provide for the needs at the orphanage. And amazingly this happened without Muller ever sharing the needs with others.

But Mueller wasn’t the first to experience miraculous answers to prayer.

In 1 Kings, we read the story of the prophet Elijah. After three and a half years of drought, Elijah told King Ahab to expect a huge rainstorm. Then he prayed. Seven times Elijah sent his servant to check for any sign of rain until he spotted a very tiny rain cloud on the horizon.

Then Elijah said, “Go tell King Ahab a huge downpour is on the way.” This small cloud turned into a miraculous answer to prayer.

What does it take to become a person of tremendous prayer and faith like Elijah?

Today, what our homes and families, churches and communities need more than ever before are people who will pray powerful prayers. Just like Elijah and George Mueller, two ordinary men who believed in an extraordinary God.

You, too, can become a person of powerful prayer.

The question is, will you?