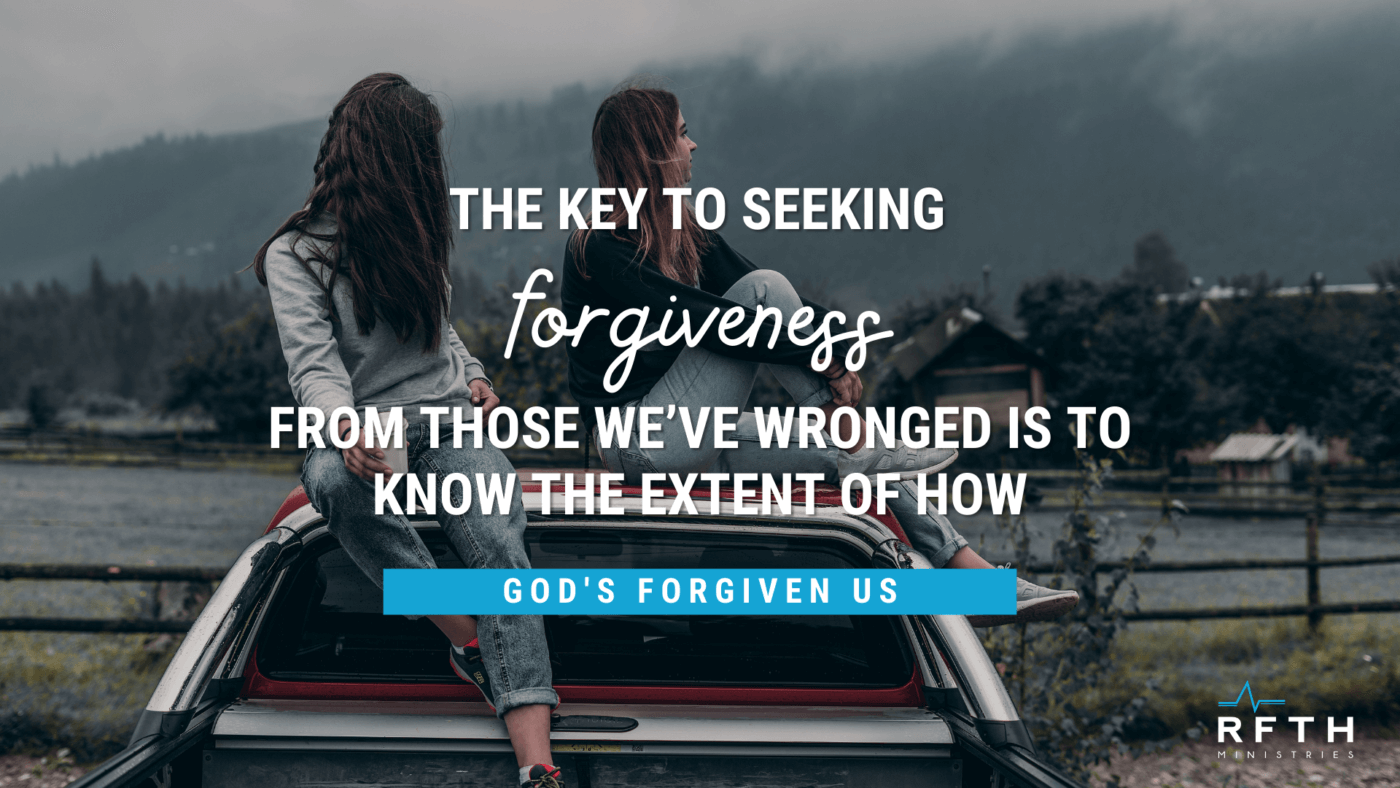 Forgiving Others is at the Heart of the Christian Faith

“Be kind and compassionate to one another, forgiving each other, just as in Christ God forgave you.” Ephesians 4:32

There is one thing we know to be true:

Everyone will offend someone at one time or another and need forgiveness.

Well, there are a few attitudes that often get in the way:

Jesus spoke a lot about forgiveness. In fact, forgiveness is at the heart of the Christian faith. The key is recognizing that we are all sinners in need of forgiveness. There’s no entitlement, no comparison, and no action that earns us God’s forgiveness – apart from the cross. Jesus took upon Himself our sin, our shame and our guilt in order to offer us forgiveness and a restored relationship with God.

If you are ready to receive God’s saving grace and forgiveness, it begins with setting aside your pride and saying, “God, I need your forgiveness.”

The key to seeking forgiveness from those we’ve wronged is to know the extent of how God’s forgiven us.